Prophetic Shirahatti where BJP leads may hint at Karnataka winner

Shirahatti has managed to vote for the winning party in seven assembly and five Lok Sabha elections. 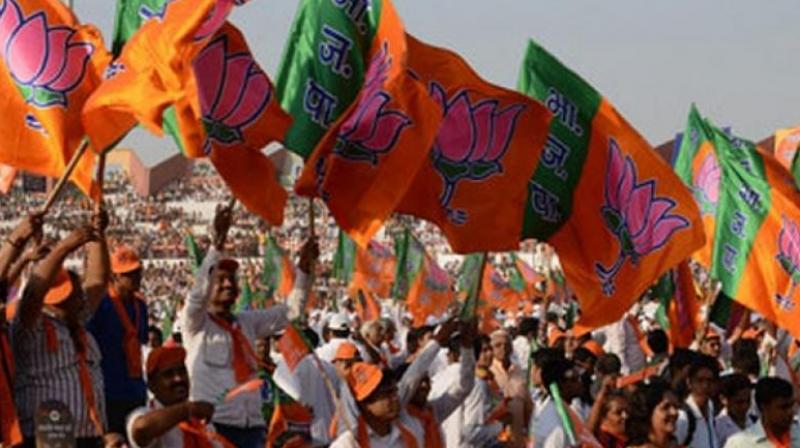 Yelburga, Tarikere and Harapanahalli are among other states that indicate emerging trends and here too the BJP is ahead. (Representational Image)

Bengaluru: Though the final results of Karnataka Assembly elections is yet to be announced, the BJP had got enough reasons to celebrate soon after its lead in Shirahatti - a constituency that has always picked the winning party and is taken as a predictor with fair accuracy.

BJP's Ramappa Sobeppa Lamani is leading in Shirahatti, which is perhaps the most watched seat in Karnataka. Congress candidate, Doddamani Ramakrishna Shidlingappa, is at the second spot.

Shirahatti is named after a panchayat town in central Karnataka's Gadag district of North-West Karnataka.

It has managed to vote for the winning party in seven assembly and five Lok Sabha elections.

In the 2013 Karnataka Assembly elections, the Congress had won by a slim margin of around 300 votes.

Among other such places in Karnataka that indicate emerging trends are Yelburga, Tarikere and Harapanahalli and here too the BJP is ahead.

The Congress is ahead in Jevargi, Gadag, Baindur and Davanagere North. A party needs 112 to win in Karnataka, where voting for 222 seats was held on Saturday.