Prashant Kishor first came into limelight as India’s first professional campaign manager in the run-up to the 2014 parliamentary elections. 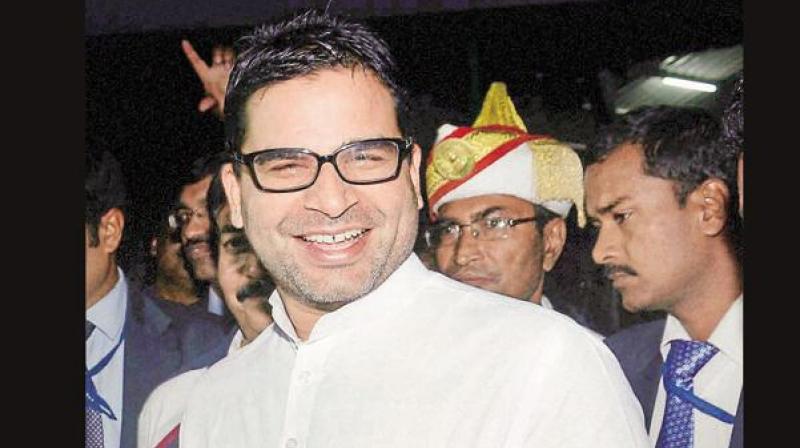 Bhopal: Congress circle here is rife with speculations that India’s first professional election campaign manager Prashant Kishor may be roped in by Congress to devise strategy for the party’s “do or die” battle in upcoming Assembly elections in Madhya Pradesh, due in November this year.

Mr Kishor, who faced the threat of fading into oblivion after his client, Congress, suffered debacle in the last Assembly elections in Uttar Pradesh, was reportedly contacted by the party to conduct a survey to identify candidates with winning prospects in 230 assembly constituencies of MP.

“We are seriously considering hiring Mr Kishore to conduct a survey to help us in selection of candidates with winning prospects and devise poll strategy for the party. Mr Kishor is likely to tour extensively in MP to carry out the survey and submit the report to the party high command,” a senior Congress leader disclosed to this newspaper here on Monday.

“In fact, the newly appointed Madhya Pradesh Congress Committee president Kamal Nath was in touch with Mr Kishor in this connection,” the Congress leader has revealed requesting anonymity.

Mr Prashant Kishor first came into limelight as India’s first professional campaign manager in the run-up to the 2014 parliamentary elections.