India   Politics  15 May 2018  JD(S) has accepted our support, hopefully we will form govt: Cong
India, Politics

JD(S) has accepted our support, hopefully we will form govt: Cong 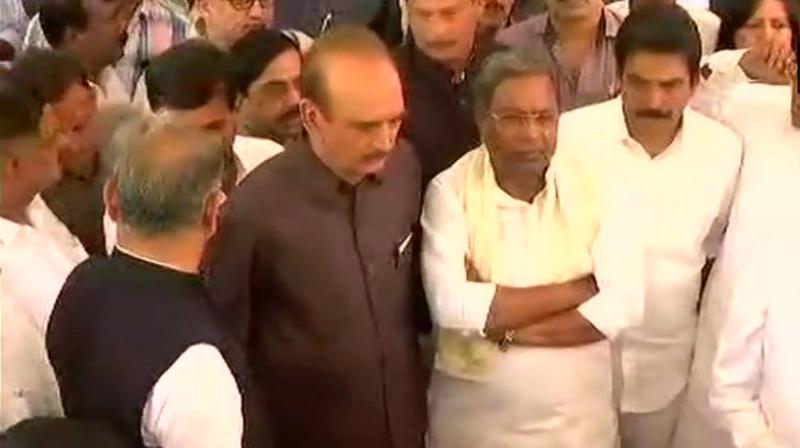 Bengaluru: With the BJP falling short of the majority mark of 112 in Karnataka, the Congress has reached out to the JD(S) offering to support to it from outside. The JD(S) has agreed to the offer.

According to reports, the Congress has offered to support JD(S) chief HD Deve Gowda's son HD Kumarawamy as chief minister if the party agrees to an alliance.

Senior Congress leader Ghulam Nabi Azad said, "We had a telephonic conversation with Deve Gowda ji and Kumaraswamy. They have accepted our offer. Hopefully, we will be together."

Both parties will jointly meet the Governor in the evening today.

Congress leader KC Venugopal said, "We (Congress and JD(S)) are jointly meeting the Governor in the evening today."

An official announcement is likely after that meet.

BJP's chief ministerial candidate BS Yeddyurappa refused to comment on this new-found friendship between the Congress and the JD(S).

He added, "We will soon know the final figures and decide the future plan."