BS Yeddyurappa in Delhi for talks on government formation

The BJP is expected to win six to eight of the 13 seats in Udupi and Dakshina Kannada districts. 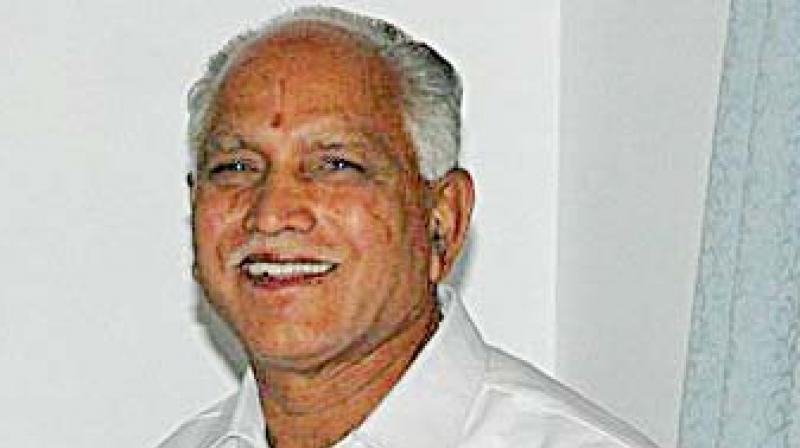 Bengaluru: With counting scheduled for Tuesday, a confident state BJP chief, B.S. Yeddyurappa left for  Delhi on Monday to discuss government formation with his party’s national leadership. Claiming his party would win over 125  seats, he said he was basing his assessment on his feedback from the party’s taluk and district presidents.

As BJP president, Mr Yeddyurappa had accurately guessed that the BJP’s tally would not cross 50 in the 2013 Assembly poll. Going by the BJP, the Congress’ Lingayat gamble has not paid off in Mumbai Karnataka and the community is as loyal to Mr Yeddyurappa as ever. “Our  Lingayat votes are intact despite the minority tag strategy of the ruling Congress. We will win 40 of the 56 seats in Mumbai Karnataka,” the BJP chief asserted.

Meanwhile on the coast, the killing of BJP and RSS workers and the illegal transportation of cows  has largely helped polarize votes in favour of the saffron party . With the  RSS having a strong network in  Udupi and Dakshina Kannada districts, it did not let the issue of the killing of Hindu workers die over the last five years.

The BJP is expected to win six to eight of the 13 seats in Udupi and Dakshina Kannada districts. In 2008 it won eight seats, but  in 2013 it won only two.

The party itself expects to bag 15 seats in Bengaluru , three or four seats each in Shivamogha, Chikkamagaluru, and Davanagere and around 15 seats from Hyderabad Karnataka.