TDP candidate said that EVMs were stored in the strong room at Machilipatnam Krishna University campus after polling was held on April 11. 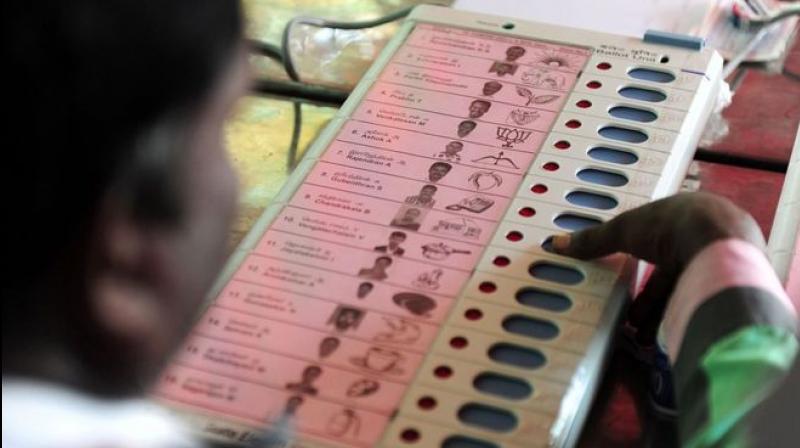 TDP candidate said that the unused equipment were stored in a separate room and not along with those used for polling. (Photo: AFP)

Machilipatnam: TDP candidate for the Nuzvid Assembly seat M Venkateswara Rao Sunday lodged a complaint with the Election Commission, saying polling equipment have been shifted from a strong room without any intimation.

He said the equipment was from the Nuzvid Assembly segment and were stored in the strong room at Machilipatnam Krishna University campus after polling was held on April 11.

Election authorities, however, said the equipment that has been shifted were either not used on the election day or defective.

"114 VVPATs, 104 ballot units and 102 control units that were unused in the election or defective have been shifted from the Krishna University campus to the EVM godown," Returning Officer Swapnil P Dinakar told PTI.

He added that the unused equipment was stored in a separate room and not along with those used for polling.

"We have not touched the sealed strong rooms," he said.