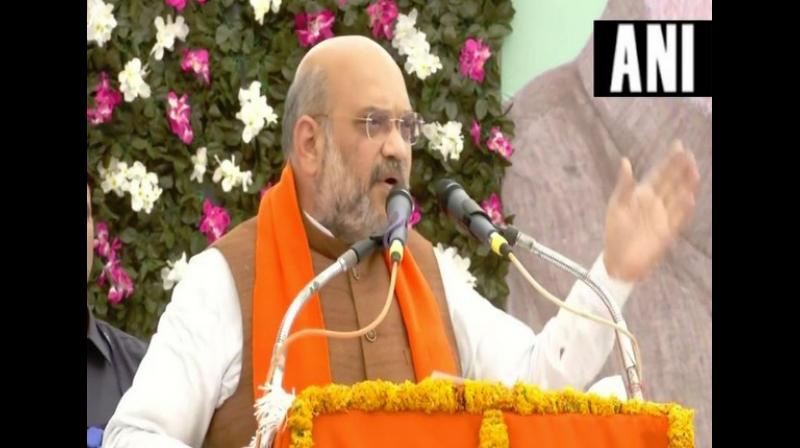 "The repugnant comments by Azam Khan against Jaya Prada ji are not an insult of just Jaya ji but of crores of India's mothers and daughters. The Samajwadi Party, Bahujan Samaj Party and Azam Khan should immediately apologise to the crore of women of the country for insulting the matru shakti (women power)," Shah said at an election rally here.

In UP's Rampur, SP leader Khan said on Sunday, “I brought her (Jaya Prada) to Rampur. You are a witness that I did not allow anyone to touch her body. It took you 17 years to identify her real face but I got to know in 17 days that she wears khaki underwear.”

The SP, BSP and Rashtriya Lok Dal have forged an alliance in Uttar Pradesh to contest the Lok Sabha elections in the state.

He said, "I want to ask SP, Bahen Mayawati ji and Rahul Gandhi whether they agree with Azam Khan's comments."

Accusing the Congress of fear of defeat in the elections, Shah said: "Earlier, they used to make excuses of EVM tampering after the elections. But, now they are saying that the BJP will win even before the polls. It shows that Congress is foreseeing its defeat."

Gujarat will vote for all of the 26 Lok Sabha seats in the third phase of the elections on April 23. The counting of votes will take place on May 23.