Rahul asserted that his party not only makes promises but also keeps them. 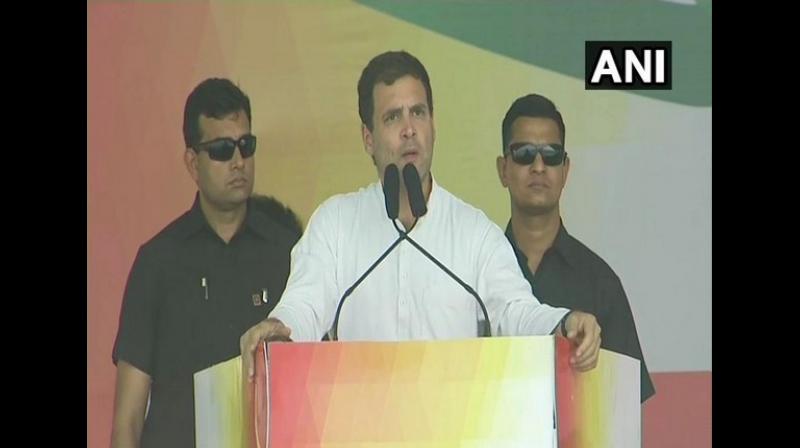 "What has Naveen Patnaik done for the unemployed youth of Odisha? Is there anyone here who can say Naveen Patnaik or Narendra Modi gave them employment? But Modi ji indulged in corruption and gave Rs 30,000 crore to Anil Ambani," he said while addressing a gathering here.

Continuing his tirade against the Prime Minister, Rahul said that Prime Minister Modi talks about farmers in every meeting but does not waive off farm loans. He only waives off loans of rich businessmen, the Gandhi scion alleged.

Rahul asserted that his party not only makes promises but also keeps them, with regards to loan waivers implemented in Chhattisgarh and Madhya Pradesh a few hours after forming the government in these states.

Within hours of being sworn-in as Chhattisgarh Chief Minister Bhupesh Baghel announced to waive off farm loans amounting to Rs 6,100 crore. The new government also decided to raise the minimum support price of paddy to Rs 2,500 per quintal.

In his first decision, taken within two hours of assuming office as chief minister of Madhya Pradesh, Kamal Nath waived the outstanding short term crop loans of farmers up to Rs 2 lakh as on March 31, 2018, taken from nationalised and the cooperative banks.

Rahul's campaign is a part of the forthcoming Lok Sabha elections which is scheduled to start from April 11 and will go on till May 19. Counting of polls will take place on May 23.