Jena had allegedly said that his party (BJD) would give Rs 35 lakh cash to the panchayat and Rs 15 lakh to the booth. 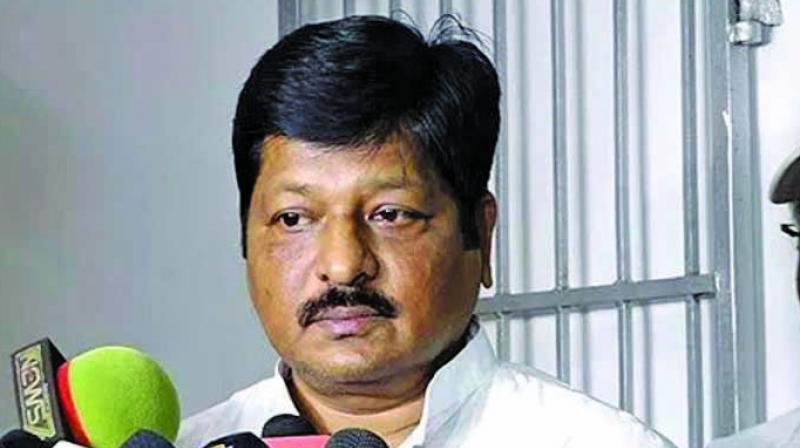 BHUBANESWAR: The Bharatiya Janata Party (BJP) on Thursday filed a complaint against Odisha health minister Pratap Jena alleging that the minister violated the Model Code of Conduct and demanded stern action and arrest of Jena.

While addressing a gathering during a party workers meeting in Mala of Salepur area on Wednesday, Mr Jena had allegedly said that his party (BJD) would give Rs 35 lakh cash to the panchayat and Rs 15 lakh to the booth which would give maximum votes to local BJD candidate Prasant Behera.

Such announcement by Mr Jena, when the Model Code of Conduct is already in effect in the State, is unfortunate, said district president of BJP’s Cuttack unit, Hemant Sahu. “A minister violating the code of conduct is unacceptable. We (Cuttack unit of BJP) have lodged a complaint against him at the Salepur police station demanding his arrest,” he added. Besides, a delegation of the state BJP led by vice-president Samir Mohanty on Thursday met the Chief Electoral Officer Surendra Kumar  and demanded action against Jena for his statement.

“Minister Pratap Jena has violated the Model Code of Conduct. We appraised the CEO about the matter today and demanded his prosecution under Section 171B and 171C of Indian Penal Code,” said Mr Mohanty.

Satya Nayak, Odisha Pradesh Congress Committee media cell chief, said Pratap Jena tried to lure voters by saying that panchayats which would give maximum vote to local BJD candidates will get Rs 35 lakh each after elections.

“The minister has violated the Model Code of Conduct and so, we will meet the CEO and demand to debar him from contesting polls, said Mr Nayak.