‘The government should give 100 per cent farm loan waiver, else suicide by farmers will continue,’ BSP chief Mayawati said. 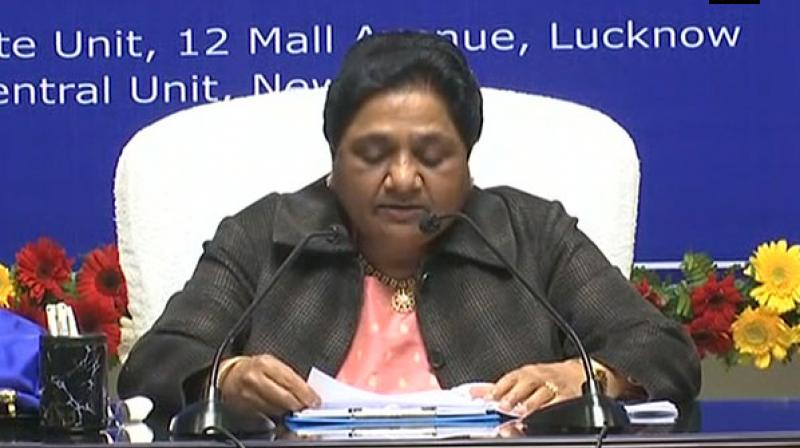 Lucknow: Bahujan Samaj Party (BSP) supremo Mayawati on Tuesday launched a scathing attack on Congress for not working in the interests of farmers and the backward castes despite being in power for the longest time post independence.

"Why did they (Congress) keep the date of loan waiver March 31? They will benefit more by this whereas 70 per cent of farmers will not benefit from this," said Mayawati sparing no stone unturned in criticising the Congress' vested interest policies.

After assuming office Madhya Pradesh Chief Minister Kamal Nath had announced that only those loans which are outstanding as on March 31, 2018, would be eligible for a loan waiver. However, the date was later extended to December 2018.

Addressing the media on the occasion of her birthday, she said: "Congress ruled the country unopposed for a long time after independence. The result of five states is not only a lesson for the BJP but for the Congress as well."

She emphasised that BSP's alliance with SP will decide the prime ministerial candidate for 2019 Lok Sabha polls.

"The Lok Sabha polls are going to take place soon. Our alliance with SP has made all other parties have become nervous. This alliance is going to decide the Prime Minister of the country. I urge the workers of SP and BSP to just focus on winning the elections," she said.

She also emphasised on the need to formulate a policy for Defence deals. She added, "Matters such as Rafale and Bofors should also be taken care of under this."

Her birthday is also celebrated as Jan Kalyankari Diwas in the country. On the occasion, she also thanked the people that have shaped and influenced her life and also launched her Blue Book.

"I thank everyone who has supported the BSP movement and me during my struggle. This book is a travelogue of the same," she added.