Exhorting people to vote for the Congress candidate, Singh said the party is committed to correcting all the wrongs done by the Badal family 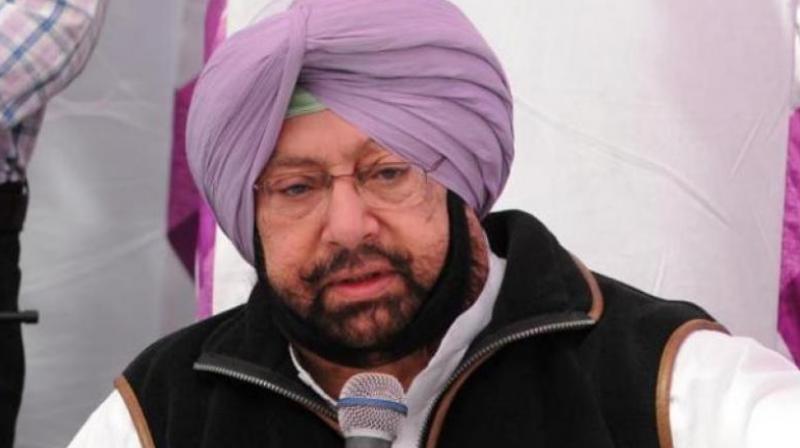 Talwandi Sabo: Punjab Congress chief Amarinder Singh ton Sunday said the Badals "will not be spared" for registering "false cases" against people during their 10-year tenure and that he would "teach them a lesson" for allegedly looting the state.

"The Badal family, and their cronies such as local Akali MLA Jeet Mohinder Singh Sidhu, involved in registration of false cases against innocent people, will not be spared," he said.

Amarinder claimed that all the "5 lakh false cases" registered by the Badal family against its political opponents would be investigated again by his government on assuming power and he would ensure that the local MLA, who had left Congress for "personal gains", suffers for his "misdeeds".

Exhorting people to vote for Khushbaj Singh Jatana, the Congress candidate from the assembly segment, he assured them that his party is committed to "setting right all the wrongs done by the Badal family".

Referring to SAD president Sukhbir Singh Badal's 'Sukhvilas', a hotel-cum-resort which reportedly charges around Rs 5 lakh per night, as an example of "loot", Amarinder alleged, "The Badals are only interested in promoting their family interests and are not concerned about the welfare of Punjab."

"I will punish the Akalis for what they have done to the state. I will make sure that every one of them, including the Badals, is punished for destroying the youth of Punjab with drugs and for exploiting the state's financial and other resources through other mafias such as sand, land, cable TV," the state Congress chief said.

Asking people not to get carried away by the "false promises" of AAP national convener Arvind Kejriwal, Amarinder claimed, "The Delhi Chief Minister wants to capture power in Punjab by hook or by crook."

"AAP has no concern for the people of Punjab. They have been bringing supporters from other states to take forward their political and electoral agenda," he alleged.

"Punjab belongs to Punjabis, with no place for outsiders who are here only to loot the state and its people," Amarinder said.