‘Those not wanting divisive democracy should go to North Korea’: Meghalaya Guv

The governor was apparently backing the new Citizenship Act. 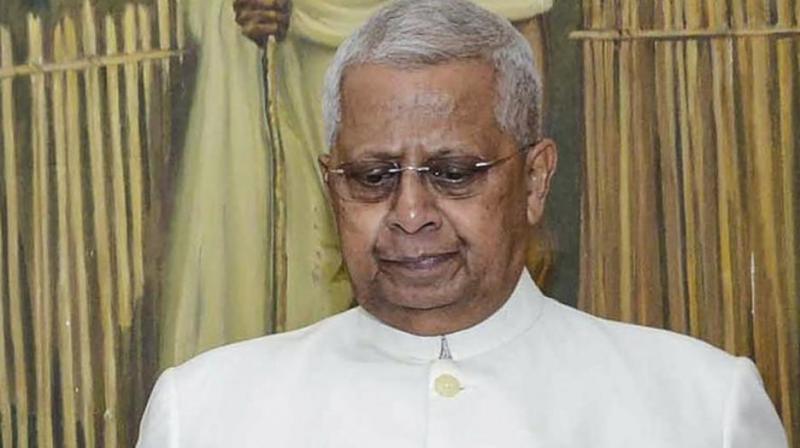 Meghalaya Governor Tathagata Roy on Friday stoked controversy by asking those who do not want “divisive democracy” to go to North Korea. (Photo: PTI)

Shillong: Meghalaya Governor Tathagata Roy on Friday stoked controversy by asking those who do not want “divisive democracy” to go to North Korea.

“A democracy is NECESSARILY DIVISIVE. If you do not want it go to North Korea,” Roy tweeted during the day.

The governor was apparently backing the new Citizenship Act.

“Two things should never be lost sight of in the present atmosphere of controversy. 1. The country was once divided in the name of religion. 2. A democracy is NECESSARILY DIVISIVE.

If you don’t want it go to North Korea, he said.

His tweet came hours before protesters reached the entrance of the Raj Bhavan, tried to breach security following which they were lathi-charged and tear-gassed leaving several of them seriously injured.

Two police personnel were also injured in the melee.

The protesters were demanding the Governor to give his assent to the proposed ordinance that seeks mandatory registration of outsiders entering the state and at the same time for the Centre to implement the Inner Line Permit in the state.