Before the announcement of seat-sharing last week, the LJP had pulled off the NDA defying the leadership of Chief Minister Nitish Kumar 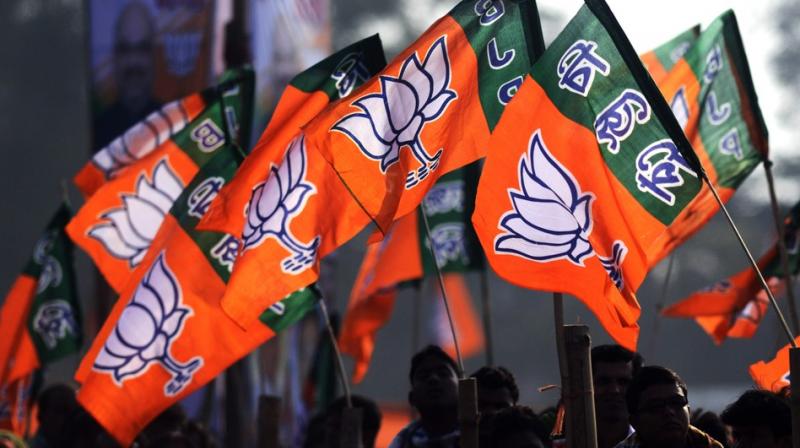 BJP insiders said that the party has expelled nine senior leaders for six years after they decided to contest polls on LJP ticket. (AFP)

Patna: In a major move, the BJP has initiated tough action against its rebel leaders for abandoning the party and joining hands with Chirag Paswan’s Lok Janshakti Party (LJP) ahead of Bihar Assembly elections.

BJP insiders said that the party has expelled nine senior leaders for six years after they decided to contest polls on LJP ticket. The suspension letter was issued by BJP state president Sanjay Jaiswal on Monday evening.

Rajendra Singh is another prominent face who has been suspended from the BJP for accepting a ticket from Dinara constituency. He has been fielded by the LJP against the JD(U) nominee and a minister in Nitish Kumar’s cabinet Jai Kumar Singh.

In 2015 he contested against Jai Kumar Singh from the seat but lost. Rajendra Singh’s switching sides has raised eyebrows in Bihar political circles as he was seen as an active RSS member.

BJP state president Sanjay Jaiswal in his letter clearly states that the party’s and NDA’s image has been maligned by nine leaders who are contesting polls against the NDA on LJP ticket.

“You are being suspended for six years for indulging in anti-party activities”, the BJP notice said.

The development is being seen as a major setback for the BJP which is contesting assembly elections in alliance with Nitish Kumar’s JD(U), Hindustani Awam Morcha and Vikasheel Insan Party.

Before the announcement of seat-sharing last week, the LJP had pulled off the NDA defying the leadership of Chief Minister Nitish Kumar. The LJP had, however, announced that the party’s ties with BJP will remain intact and it will not field candidates against the saffron party during Bihar polls.

The LJP has fielded 42 candidates against the JD(U) and two other smaller parties HAM and VIP for the first phase of polls. However, no candidate has been fielded against the BJP.

The assembly elections in Bihar for 243 seats are to be held in three phases beginning October 28 and results will be declared on November 10.