Says the manner in which Japanese PM’s visit is structured, it raises doubt. 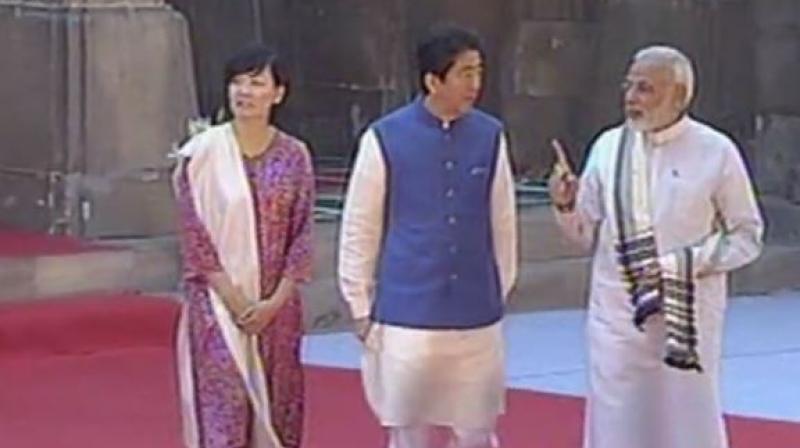 New Delhi: The Congress on Wednesday asked the Central government as to why Japanese Prime Minister Shinzo Abe was hosted in poll-bound state of Gujarat.

Addressing a press conference, Congress spokesperson Manish Tewari said, “With elections around the corner in Gujarat, it does raise a question... and I hope this is not the case that a state visit is actually being used for political purposes. Because, the manner in which it is structured, it is rather awkward to say the least.” Mr Shinzo Abe and his wife Akie Abe are on a two-day trip to Gujarat to boost Indo-Japan ties.

“We do not want to transgress propriety by commenting on a state visit but, yes, it is rather quixotic that the Prime Minister of a country as important as Japan, which is almost India’s strategic partner in many respects, is strangely not even being hosted in Delhi.”

Mr Modi and his Japanese counterpart participated in a first-of-its-kind roadshow from the Ahmedabad airport to Mahatma Gandhi’s Sabarmati Ashram. The PMs visited the historic Sidi Saiyyed Mosque in Ahmedabad.

Mr Abe will also lay the foundation of the first bullet train between Ahmedabad and Mumbai. The bullet train was one of the poll promises of the BJP.