Cong Vice-President Rahul Gandhi, whom people thought to be the next president of the party, skipped the CWC meeting due to viral fever. 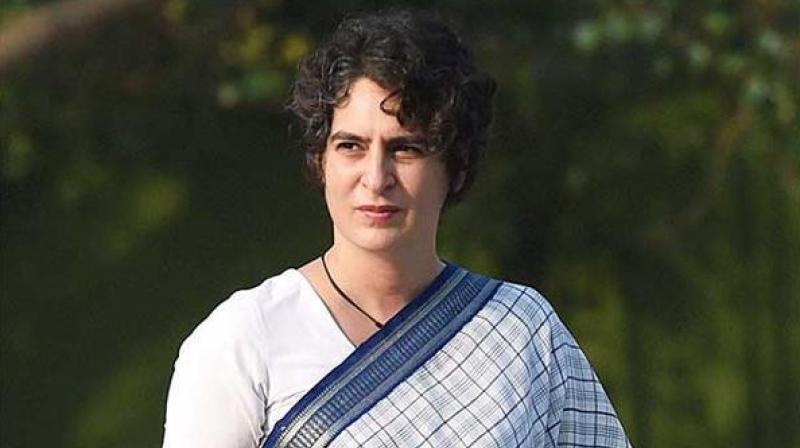 The name of Priyanka Gandhi as Congress president has garnered strong support from the party members. (Photo: PTI)

New Delhi: There are talks that the main Opposition in the Centre will choose a successor for Sonia Gandhi soon. The Congress Working Committee (CWC) which met on August 8 to discuss the 75th anniversary of the Quit India Movement, possibly held a discussion on the change of guard of the party.

According to DNA India, at the culmination of the meeting, Sonia Gandhi quietly raised the topic of a change in leadership of the party with some senior leaders, including former Prime Minister Manmohan Singh - wondering aloud if Priyanka Gandhi should be made Working President of the party.

This, however, has been dismissed by Priyanka’s personal assistant P Sahay as “complete fabrication”. “No such discussion took place whatsoever!” he added.

The DNA report quotes a CWC member: "It wasn't a casual question. She clearly had something on her mind. There is a lot of merit in this move if it happens."

Sources present at the meeting shared with DNA that Sonia told the select few that if the party wants to put up a credible show in the next Lok Sabha elections, a young face would have to assume control and manage the affairs of the party, including strategising with senior leaders.

The name of Priyanka Gandhi as Congress president has garnered strong support from the party members.

While there have been demands in the past that Priyanka should be given some formal role in Congress, the family has repeatedly sidestepped the issue. On her part, Priyanka has restricted herself, politically that is, to the Gandhi family bastions of Amethi and Rae Bareli.

The final decision on the future president of Congress is expected to be taken in the next one month.

Congress Vice-President Rahul Gandhi, whom people were thinking to be the next president of the party, skipped the CWC meeting due to viral fever.

Rahul's elevation as the party president has been a subject of intense speculation for a few years now. Many feel that Priyanka being the face of Congress in the run up to the 2019 general elections could give a chance to the dwindling party a chance to spur and compete shoulder to shoulder with BJP.

"Whether we want to admit it or not, the truth is that the Gandhi family is the glue that binds this party. Even when a member of the family wasn't at the forefront, like when PV Narasimha Rao was Prime Minister or when Sitaram Kesari was party president, the shadow of the family always loomed largely. Despite attempts to malign the name of the family, there is little doubt that the Gandhis have a connection with voters in large parts of the country," observed a senior Congress MP and a former minister.

Since 2014, when Narendra Modi-led BJP came to power with a thumping majority in the Lok Sabha elections, the Congress has witnessed a dwindling graph, losing its sheen in the states which it was leading.

Many in the party also suggest that the reason for the absence of an effective game-plan to counter the Modi juggernaut is the sharp divide between the thought process of Team Rahul and the Old Guard represented by the likes of Ahmed Patel, Ghulam Nabi Azad and many state satraps.

While some who don't enjoy much support within the party or even among common voters have talked of looking beyond the Nehru-Gandhi family to revive the party, this line of thinking has not found any traction within the Congress.