During meeting, CM told a delegation comprising of officials to make adequate arrangements for setting up of camps and keep in touch people. 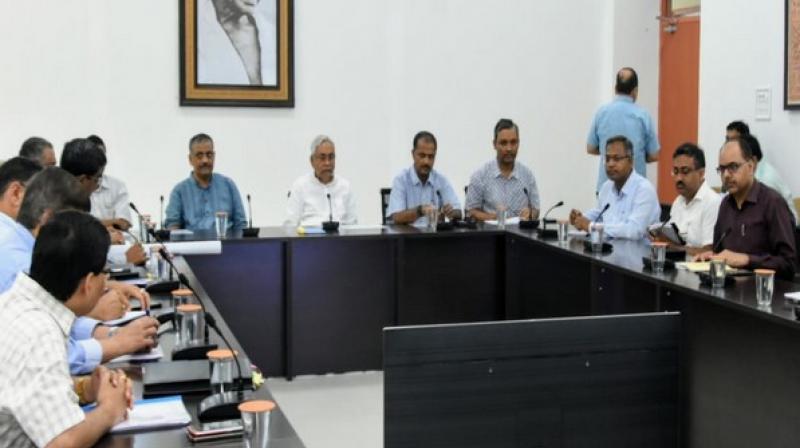 Patna: Bihar Chief Minister Nitish Kumar on Sunday chaired a high-level meeting over the floods in the state and directed officials to remain alert by keeping an eye on all factors responsible for it.

During the meeting, the Chief Minister told a delegation of comprising officials to make adequate arrangements for setting up of camps and keep in touch with the people, an official statement said.

The Chief Minister was apprised about the rising water level in the rivers and the progress in the construction of roads damaged due to floods in the state.

The Chief Minister also undertook an aerial survey in the five-affected districts in Bihar -- Darbhanga, Madhubani, Sitamarhi, Motihari and Sheohar. He has directed officials to expedite the rescue and relief operations, the statement said.

Around six districts -- Sheohar, Sitamarhi, North Champaran, Jaynagar in Madhubani, Araria, and Kishanganj -- have severely been affected due to the rising level of rivers following torrential rains.

Rescue and relief work is underway by the Disaster Management teams in various districts.

Around 16 community kitchens have been set up to provide meals to the people in the six districts.