On June 10, Navjot Singh Sidhu had met Rahul Gandhi and handed him a letter appraising about the political situation. 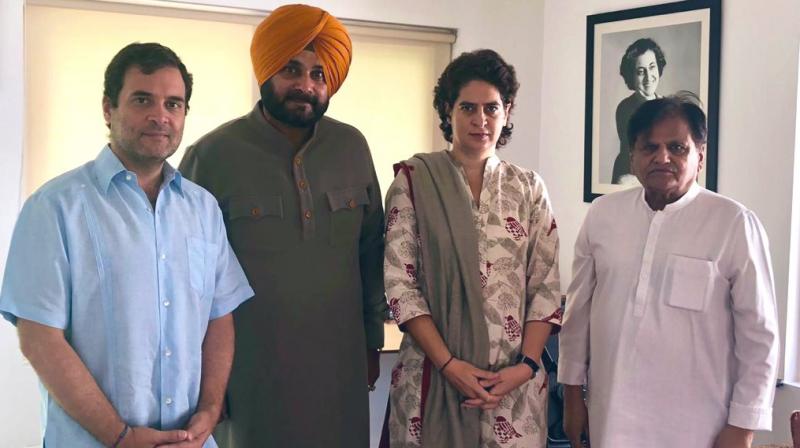 Mumbai: In a letter submitted to the former Congress president Rahul Gandhi on June 10, Navjot Singh Sidhu had mentioned that he resigned from the post of minister from Punjab Cabinet.

Tweeting a copy of his resignation letter on Sunday, he wrote, "My letter to the Congress President Shri. Rahul Gandhi Ji, submitted on June 10, 2019." Sidhu also said that he will send the resignation to the Chief Minister Amarinder Singh soon.

On June 10, Congress leader Navjot Singh Sidhu had met Rahul Gandhi and handed him a letter appraising about the political situation.

Met the congress President, handed him my letter, appraised him of the situation ! pic.twitter.com/ZcLW0rr8r3

However, Sidhu has been in the limelight for being involved in a tussle with the Punjab Chief Minister Amarinder Singh.

Last month, Sidhu was stripped of his portfolios of Local Bodies, Tourism and Culture ministries after he skipped a cabinet meeting and took a swipe at Amarinder in a press conference saying that he “cannot be taken for granted” and he is only “answerable to the people of Punjab”.