The meeting comes ahead of BJP's demand for a trust vote in the state Assembly on Monday. 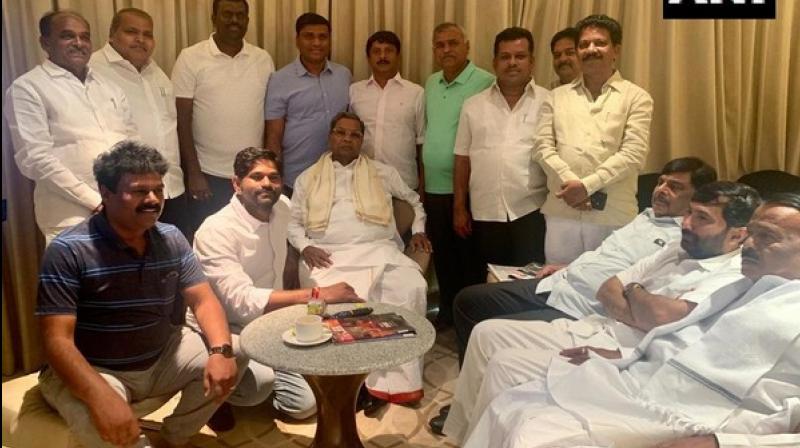 The Congress-JD(S) government has plunged into crisis following the resignation by several MLAs from the House. (Photo: ANI)

The Congress party has also called a meeting of the legislature party tomorrow.

The meeting comes ahead of BJP's demand for a trust vote in the state Assembly on Monday.

Congress leader and former Karnataka chief minister Siddaramaiah told ANI on Sunday that the meeting will be held before the start of the Assembly session tomorrow.

The Congress-JD(S) government has plunged into crisis following the resignation by several MLAs from the House.

Ten dissident Congress and JD(S) MLAs have moved the Supreme Court which has directed the Speaker K R Ramesh Kumar to maintain status quo on their resignation and disqualification till July 16.

State BJP leader B S Yeddyurappa had asked Chief Minister HD Kumaraswamy to prove his government's majority in the Assembly on Monday.

Kumaraswamy had on Friday told the Speaker that he was ready to seek a trust vote or face a no-confidence motion during the session which will go on July 26.