India   Politics  14 Jul 2017  Rajini has right to take his own decision on politics
India, Politics

Rajini has right to take his own decision on politics

A maverick conspiracy theorist like Swamy can only be expected to hit below the belt because that is his style, his form book says so. 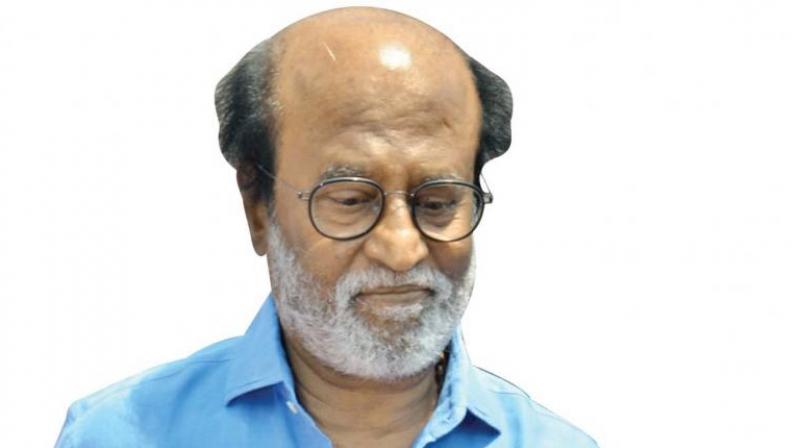 Subramanian swamy’s most recent message to Rajinikanth is a kind of welcome to the real world of politics so far as the Superstar is concerned. Nasty and tasteless as the attack is on the matinee idol, it is probably only the first salvo Rajini will be facing since he may have decided to enter the fray. A maverick conspiracy theorist like Swamy can only be expected to hit below the belt because that is his style, his form book says so. And condemning a man for going to a casino is the vilest, most hypocritical view so typical of a politician.

It is probably fortunate that in Indian politics they don’t blame the dads for their daughter’s divorce. In other countries they would tend to, especially in electoral politics. Maybe, in that sense, the Indian political scene can be different in its hypocrisies. Anything to do with drinking and gambling could land a politician in trouble anywhere in the world. In that sense, India is not an exception. But nowhere would a mere visit to a casino be taken as worthy of a sentence of banishment.

To bring up what may have been a casual visit to a Las Vegas or Atlantic City casino while on a visit to the USA, which is considered entertainment rather than the obsession of a hardened gambler, is so very Swamy-like. Everyone else saw it as a diversion a man may have a right to seek.  But in Mr Swamy’s corner, even such a visit is condemnatory of the personality in the moral sense. He asks that the star not enter the great and closed world of politics. This is so hypocritical because there is plenty of room in politics for those who can’t attract the public vote and hence seek nominations to the legislature to stay in the field.

To seek to put Rajini down even before he formally enters politics may be arising out of the fear of someone capable of stringing together the public vote. There is a vacuum in Tamil Nadu at the moment with the DMK the only viable alternative to the AIADMK if anything were to happen to the government that operates with a wafer thin majority in the Assembly. If Rajini has the wherewithal to attract the public vote, who is to stop him? Not the Swamys of this world who know they are not the repositories of public trust and vote.

Rajini has every right to assess his ability to be a belated entrant to the bewildering world of politics and then decide if he comes in on his own or he wishes to go with a couple of allies like the OPS faction and the BJP. Maybe, the latter option would be best suited to give him the vaulting entrance that he seeks. Of course, Rajini would be expected to do it with his own party rather than join another and risk the fallout of their image. Or, the association itself may have negative connotations for a man who would like to make capital of his freshness in politics and the clean image.

Tamil Nadu’s association with politics and cinema, particularly its predilection to vote for the stars, which phenomenon began with MGR, should in theory favour Rajini straightaway. The people of the state are no strangers to trusting their troth with a matinee idol or his girlfriend and protégé. By extension, the argument goes that a superstar with a well cultivated image of the people’s champion in his film career will start with a distinct advantage.

The image of the savior of the people and the bright chances of parlaying it into votes is what the likes of Swamy are trying to destroy for their own selfish ends, maybe while acting as the proxies of those with a stake in the Tamil Nadu government. Why Rajini’s entry should stir up Swamy who thinks of Tamils as ‘porkis’ is not so much a mystery because it is easy to guess what could be behind the attempt at character assassination, besides a silly call to the federal agencies to investigate Rajini’s finances because he may have staked a dollar or two on some fancy wheel of fortune at a casino.

If Swamy is so concerned about public welfare, maybe he should be concentrating his might on the floating casinos of Goa or even the `25,000 crore worth alcohol that is said to be sold every year in the ‘dry’ state of Gujarat. In his role as loose cannon, Swamy may be accustomed to having his sights set on subjects that should benefit his party. However, in the case of Rajiniknth, he is way off the compass because BJP has a big stake in the star’s political entry for a foothold in Tamil Nadu.