Dare women to survive in WB without being raped: BJP MP

Commenting further on the West Bengal violence, Ganguly said democracy has died in the state. 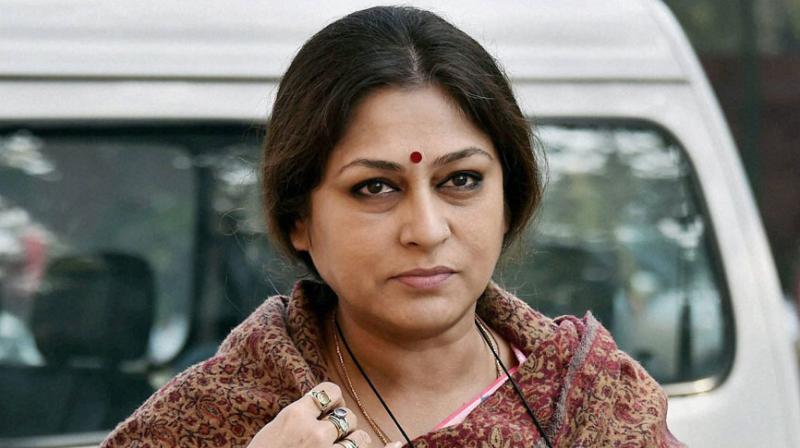 BJP MP Roopa Ganguly also alleged that no government official in the state of West Bengal does his or work. (Photo: PTI)

New Delhi: Bharatiya Janata Party (BJP) leader Roopa Ganguly, while commenting on the ongoing violence in West Bengal, on Friday dared those flattering Chief Minister Mamata Banerjee and the Congress to send their wives and daughters to Bengal for 15 days and survive without getting raped.

Ganguly said if they are able to survive in for 15 days without getting raped, then she would take back her statement.

"I dare all the parties, the ones who keep flattering the West Bengal government and the Congress, to send their daughters, sisters-in-law, wives to , without taking any hospitality from Mamata Banerjee. If they are able to survive there for 15 days without getting raped, then tell me," Ganguly said.

#WATCH TMC supporters from outside WB should send their women thr,challenge they will be raped within 15 days: BJP MP Rupa Ganguly (13.7.17) pic.twitter.com/SOWs1xBO46

Commenting further on violence and chaos in , Ganguly said democracy has died in the state.

"No government official does his work. If one does not have sources, he cannot get his work done," she said.

West Bengal has recently witnessed chaos and violence, with demands of a separate Gorkhaland giving rise to Darjeeling unrest and the Basirhat violence where communal clashes broke over a social media post.