After his bid to strengthen the BJP at the grassroots in the state, Shah has said his party is poised to get 120 seats in 2019 polls. 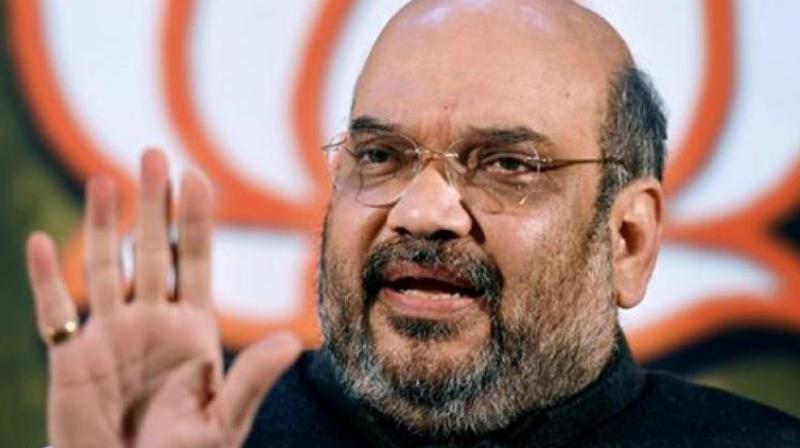 Bhubaneswar: Despite their best efforts, several veteran BJP leaders, including Prime Minister Narendra Modi and others such as L.K. Advani, Nitin Gadkari and Sushma Swaraj, have  failed to make dents in the vote bank of Odisha’s ruling party, the Biju Janata Dal (BJD).

Vociferous attacks by these leaders on chief minister Naveen Patnaik and his party during the election campaigns did not seem to make much of a difference to voters.

In 2014, when most of India witnessed a strong BJP wave, Odisha saw voters rejecting the saffron party and putting more confidence in the BJD, with the latter getting 13 more seats in the 147-member state Assembly in comparison to its 2009 tally.

However, BJP national president Amit Shah has now undertaken booth-level exercises to bring the party to power in Odisha in 2019.

During his recent visit to the state for interaction with booth-level workers and volunteers, Mr Shah said the party had gathered strength in Odisha and that it was poised to get 120 seats.

Mr Shah sees the party’s significant jump from 36 Zilla Parishad seats in 2012 rural polls to 297 seats in the 2017 elections as an indication of the party’s upward journey in the state.

Political analysts, however, are not giving much weight to the increase in Zilla Parishad seats won by the BJP.

While attributing the BJP’s success more to rebels in the BJD and erosion in the Congress’ voteshare, they say the damage control exercises begun by the BJD may put a spanner in the saffron party’s hope.