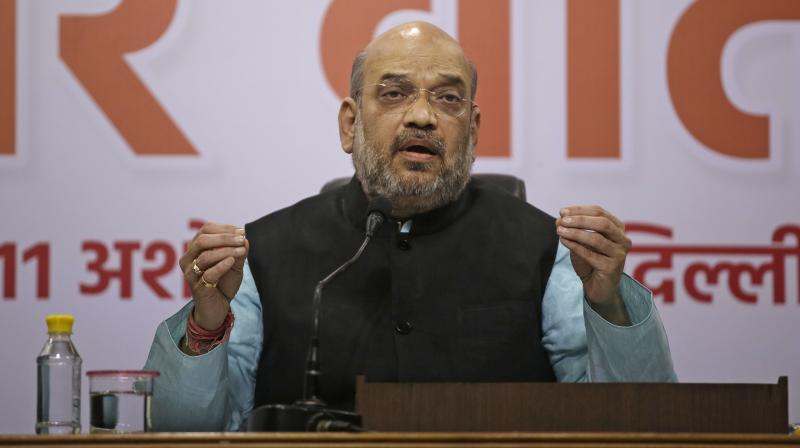 New Delhi: BJP president Amit Shah met top RSS leaders Bhaiyya Joshi and Krishna Gopal on Thursday to discuss various issues, including the NDA’s vice-presidential candidate. Sources said he would soon meet Prime Minister Narendra Modi and the party’s parliamentary board, its highest decision-making body, to finalise its candidate for the nation’s second-highest constitutional post. The meeting between Mr Shah and the RSS leaders lasted for over half an hour.

Rajya Sabha secretary-general Shumsher K. Sheriff will be the returning officer for the vice-presidential polls. The electoral college for this poll comprises the elected and nominated members of both Houses of Parliament. The vice-president also serves as the Chairman of the Rajya Sabha.