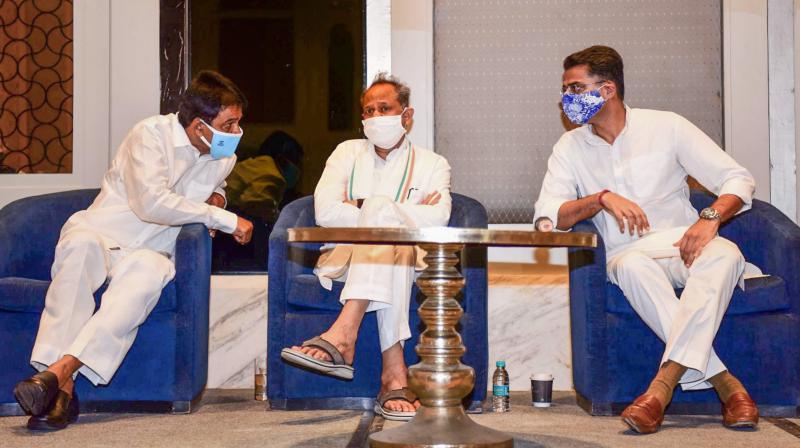 The Shiv Sena has made a scathing attack on the BJP saying it was trying to bring down the governments of opposition parties instead of dealing with the coronavirus pandemic in the country. Sena’s allegations have come on the backdrop of Rajasthan Chief Minister Ashok Gehlot’s claims of Congress and independent MLAs being bribed by the BJP to win Rajya Sabha polls.

At a time when the corona crisis is creating havoc in the country, it is shocking to see that the ruling party in Delhi is planning to topple governments of opposition parties, said the Uddhav Thackeray-led party in its mouthpiece ‘Saamana’ on Saturday.

“The Centre is not worried over the fact that over 10,000 corona patients are found daily in the country. The cyclonic storm has caused huge losses in coastal Konkan region in Maharashtra, but people there still haven’t received any central aid. However, funds and manpower is being provided to bring down opposition governments,” said Sena.

Quoting sarcastically Prime Minister Narendra Modi’s appeal to turn the corona crisis into an opportunity, the ruling party in Maharashtra said that we thought that the crisis was of corona and opportunity meant self-reliance.

“But the BJP leaders have derived its real meaning and they have started pulling the carpet from under a stable Rajasthan government using corona as an opportunity. Just like the Kamal Nath government in Madhya Pradesh was dethroned, the BJP is making efforts to topple the Gehlot government. The CM himself has made a complaint to the Anti-Corruption Bureau that Congress and independent MLAs are being lured with bribes of crores of rupees for the Rajya Sabha polls,” it said.

Not only opposition governments are being brought down, but even opposition parties are also being split in states where the BJP is in power. In Gujarat, the Congress MLAs were poached with the sole aim of winning RS polls. Even in Maharashtra, an attempt was made to form the government by creating a political crisis, but it didn’t succeed, the Sena added.