Upendra Kushwaha gave the event a miss, giving rise to speculations that discontent over NDA’s face and seat sharing has not ended. 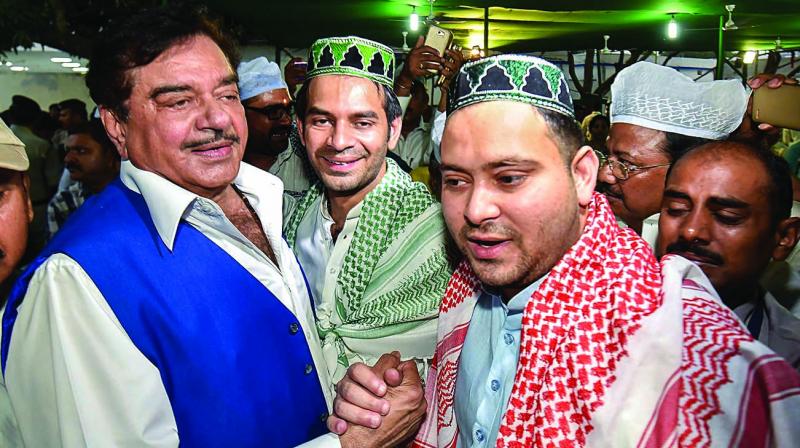 While the one organised by ruling JD(U) was attended by NDA leaders including chief minister Nitish Kumar, Deputy CM Sushil Kumar Modi, and Union minister Ram Vilas Paswan along with party supporters and workers.

RLSP chief Upendra Kushwaha gave the event a miss, giving rise to speculations that discontent over NDA’s face and seat sharing has not ended. However other RLSP leaders turned up for the event.

When asked about Mr. Kushwaha’s absence they said, “He couldn’t attend the Iftar party due to some urgent work in Delhi”.

Another setback to NDA came from BJP MP Shatrughan Sinha who turned up at the Iftar event organised by RJD leader Tejashwi Yadav hinting at the growing bonhomie between him and Lalu Yadav’s family.

When asked whether he has decided to accept the offers being sent to him by Tejashwi Yadav to contest 2019 general elections on RJD ticket Shatrughan Sinha replied, “even if the situation is otherwise location will be the same”.

He further clarified that “This is not the right time to discuss politics as I have come here to attend the Iftar party. But I am happy to see that grand secular alliance is getting stronger.”