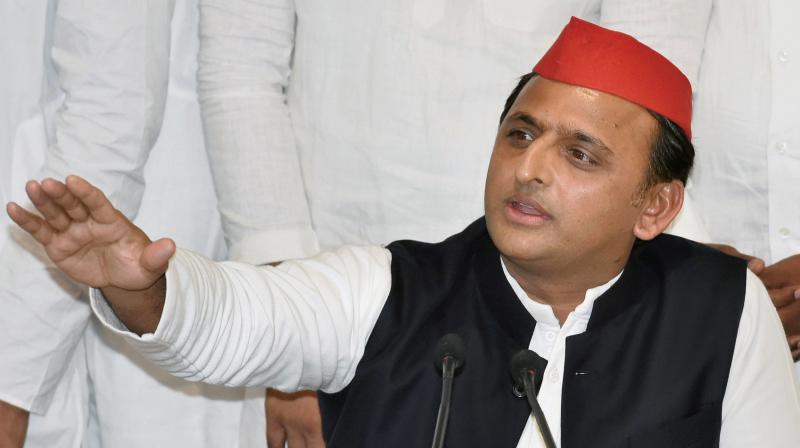 “Some people have just got jealous and are creating this issue to malign my image. The people know the truth and will give an apt reply to the BJP in the elections”, he said.

Mr Yadav said that he had only taken away his own belongings from the house. “The wooden flooring is intact. One damaged corner of the house has been photographed in a way that makes it look as if the house has been damaged. The government should say why a senior IAS officer and a CM’s OSD visited the house after I vacated it and made recordings?” he asked.

Mr Yadav who came to address the press conference, carrying faucets and said that if the government gave him a list of things that were missing, he would replace them.

Mr Yadav came with faucets because the BJP had claimed that the bathroom fittings in his bungalow had also been ripped off. “If there is anything else in their inventory that is missing, I will replace it”, he said.

The SP president also denied that a swimming pool had been built in his bungalow and was later filled with mud.

He said that he had even left several things, including a temple, behind and the government should return it.

Earlier on Tuesday night, governor Ram Naik sent a letter to the chief minister, asking him to take action over reported damage.