Earlier, the Congress leader attacked PM Modi stating that the biopic made on PM Modi was a joke as he has failed to fulfil his promises. 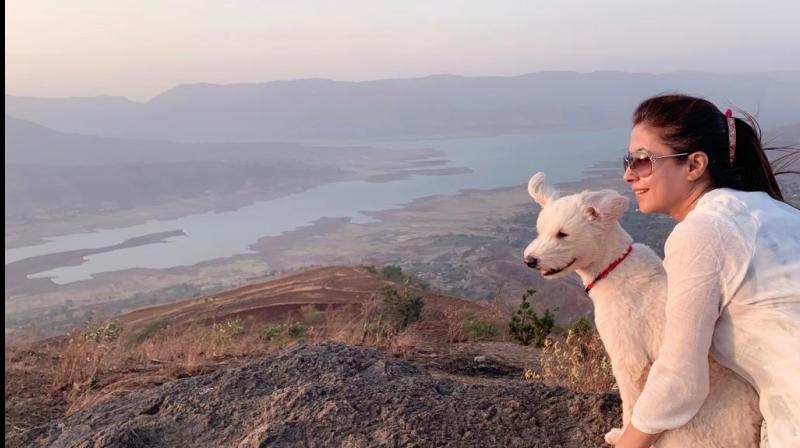 Mumbai: The Congress candidate from Mumbai North constituency, Urmila Matondkar mocked Prime Minister Narendra Modi for his recent comment in an interview where he said that clouds and rain prevented Pakistani radars from detecting Indian fighter jets during the Balakot air strike.

"Thank God for the clear sky and no clouds so that my pet Romeo's ears can get the clear RADAR signals," Matondkar tweeted on Monday evening without mentioning the name of the Prime Minister.

Thank God for the clear sky and no clouds so that my pet Romeo’s ears can get the clear RADAR signals 🤣 pic.twitter.com/lbgtmIo59L

The Indian Air Force (IAF) jets had destroyed a training camp run by Jaish-e-Mohammed (JeM) in Pakistan-Occupied Kashmir (PoK) in retaliation to the Pulwama terror attack that claimed lives of 40 CRPF personnel.

Prime Minister Narendra Modi has been receiving criticism from Oppositions for after his statement on the success of Balakot air strike when he advised the IAF to go ahead with the operation despite the officials had shared their reservations about the weather condition.

Speaking in an interview to TV channel News Nation on Saturday, PM Modi said, “On the night of airstrike, the weather was not conducive. The experts suggested to change the date of the operation. I was skeptical about the secrecy of the operation.  I am not an expert who knows these (technological) intricacies but I suggested that the overcast weather and rains may help us to avoid (Pakistan Air Force’s) radars. After much thoughts, I directed them to go ahead with the operation”.

Earlier, the Congress leader attacked PM Modi stating that the biopic made on Prime Minister Narendra Modi was a joke as he has failed to fulfil his promises.

"The biopic made on his (PM Modi's) life is nothing but a joke as the prime minister, who claims to have a 56-inch-chest, has miserably failed to deliver anything. The movie made on his life is a joke on the democracy, poverty and diversity of India, which has been damaged," said Matondkar.

However, PM's biopic, starring Vivek Oberoi, was stalled after Election Commission barred its release until the Lok Sabha polls were over.

Urmila Matondkar joined the Congress in March this year, who is fielded against the BJP candidate Gopal Shetty.