India   Politics  14 May 2019  PM Modi hints at not campaigning in Varanasi, ahead of 7th phase of polling
India, Politics

PM Modi hints at not campaigning in Varanasi, ahead of 7th phase of polling

The other key candidate in the fray from Varanasi is Shalini Yadav, backed by the SP-BSP-RLD alliance. 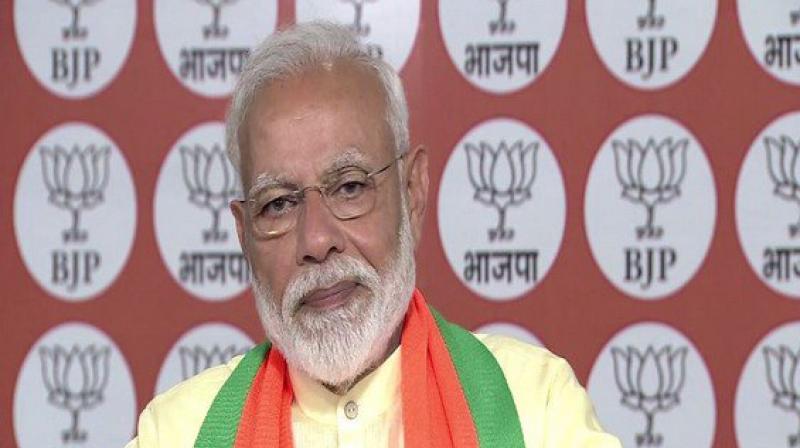 Varanasi will be going to polls along with 58 other parliamentary constituencies of the country on May 19 and the campaigning for the same will end on the evening of May 17. (Photo: ANI)

New Delhi: Addressing the voters of his parliamentary constituency on Tuesday through a video message, Prime Minister Narendra Modi hinted at not campaigning in Varanasi, his Lok Sabha constituency, ahead of the seventh phase of polling.

Varanasi will be going to polls along with 58 other parliamentary constituencies of the country on May 19 and the campaigning for the same will end on the evening of May 17.

With just three days left for campaigning, Prime Minister Modi released a dedicated message for natives of his parliamentary constituency, in which he also talked about having faith in his voters for 'handling everything'.

"This time when I came for the roadshow, you only ordered me to not to come and assured me that you will handle everything. I have faith in every word. For me, these were not mere words, but a promise. I know that every citizen of Kashi is himself fighting elections for and as Narendra Modi", Modi said.

The Prime Minister also made appeals to the residents of the city to vote in large numbers, indicating that he may not interact with them before the polls.

In the video message, Modi said, "I only want to say that in 2019, everyone must participate in the biggest celebration of democracy. You should also encourage your friends and relatives to vote. The whole country will be looking towards Kashi on that day. Go out in large number, wear your traditional clothes, and celebrate the day of voting with joy and fervour. Kashi has to make a new record now when the whole country is looking towards it. The record of the whole country should be broken by Kashi".

Not campaigning in Varanasi could be part of a well-thought-out strategy as the constituency is expected to be a cakewalk for the Prime Minister. His rival candidate from Congress Ajay Rai had only polled around 75,000 votes in the 2014 elections, while Modi won the last elections with over 5 lakh votes.

The other key candidate in the fray from Varanasi is Shalini Yadav, backed by the SP-BSP-RLD alliance.

The highly-priced Lok Sabha constituency will vote on May 19 in the last phase of general elections with results scheduled for May 23.