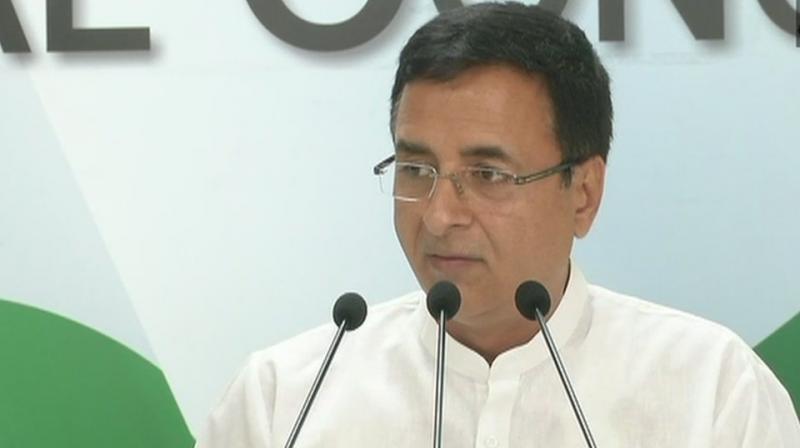 Congress chief spokesperson Randeep Surjewala hit out at the BJP after Union minister Nitin Gadkari reportedly admitted that the Rafale deal was curtailed due to do financial constraints. (Photo: Twitter/ANI)

New Delhi: The Congress on Tuesday accused the Modi government of compromising and overruling national security by reducing the purchase of the Rafale fighter aircraft to save money.

Congress chief spokesperson Randeep Surjewala hit out at the BJP after Union minister Nitin Gadkari reportedly admitted that the Rafale deal was curtailed due to do financial constraints. "Finally, truth is out! 'National Security' stumped by a pseudo nationalist Modi Govt," Surjewala tweeted. "No. of Rafale aircrafts reduced from 126 to 36 for saving money overruling Air Force and Nation's security!" he added.

Gadkari had said the government's "financial availability" dictated the decision to bring down the order of the Rafale fighter jets from 126 to 36 in its purchase agreement.