The Higher Education Department of the state government recommended disciplinary action under the MP Universities Act, 1973. 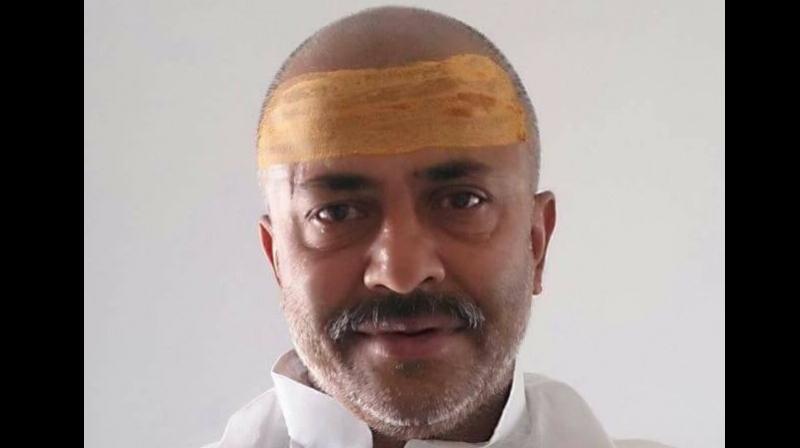 The lecturer Rajeshwar Shastri Musalgaonkar, who taught Sanskrit at Vikram University in Ujjain, predicted a big victory for the BJP and posted his views on Facebook. (Photo: Facebook)

Ujjain: A lecturer in Madhya Pradesh has been suspended by the Congress-led state government on disciplinary grounds after he predicted the victory of the Bharatiya Janata Party in the ongoing election.

The lecturer Rajeshwar Shastri Musalgaonkar, who taught Sanskrit at Vikram University in Ujjain, predicted a big victory for the BJP and posted his views on Facebook.

The Higher Education Department of the state government recommended disciplinary action under the MP Universities Act, 1973.

Musalgaonkar told The Indian Express that he was politically neutral and his post was in response to a student’s query and nothing more.

The complaint was registered by an Ujjain-based Congress worker with the district returning officer stating that such a prediction by a government employee was violation of Model Code of Conduct.

The district returning officer wrote to the divisional commissioner recommending suspension. The lecturer was suspended on May 7.

Musalgaonkar headed of the Department of Sanskrit-led Jyotirvigyan. He said that he made the prediction by analysing the present political scenario and assessing the impact of planets on various political parties. He claimed that he wasn’t aware of the post as a student posted the same using his phone without his knowledge.

“The moment someone brought the post to my knowledge I deleted it and apologised for it,” he said.

He also said he wasn’t given an option to present his case properly. He will move the High Court against his suspension order.

Babloo Khinchi, State Youth Congress secretary, who complained against Musalgaonkar, said the prediction was tweeted by a BJP worker to influence voting.