The DMK leader, who had come with his family, refused to speak to waiting mediapersons after the meeting. 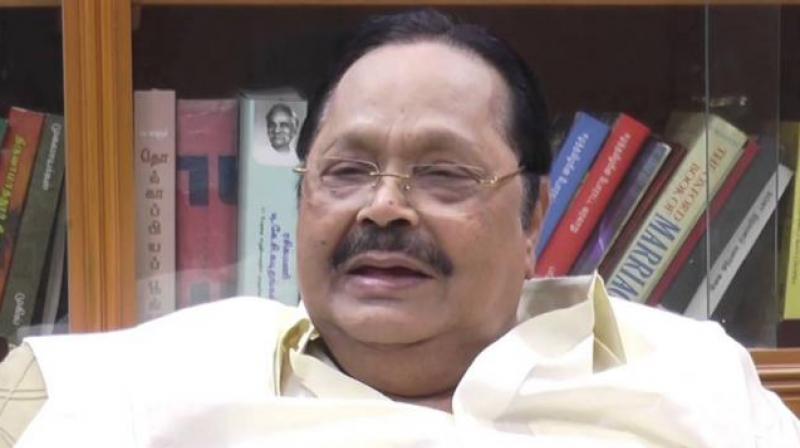 The meeting came a day after TRS chief K Chandrasekhar Rao called on DMK chief M K Stalin in Chennai and discussed with him, his proposal for a Federal Front.

The DMK leader, who had come with his family, refused to speak to waiting mediapersons after the meeting.

Naidu has over the past few months been engaged in a one-upmanship with Rao over their roles in national politics.

The TDP chief has been claiming he was the one who brought non-BJP parties onto a single platform at the national level.

On the other hand, Rao has seeking the support of regional parties to forge a Federal Front that doesn't have either the BJP or the Congress.

Interestingly, the two political groupings have not yet taken shape even as the two chief ministers are still toiling to put the pieces together.

In this backdrop, the DMK treasurer's meeting with the TDP president generated political interest.