I sense powerful wave in favour of BJP this time: Modi in J&K

Modi blamed Congress for migration of Kashmiri Pandits from Valley. 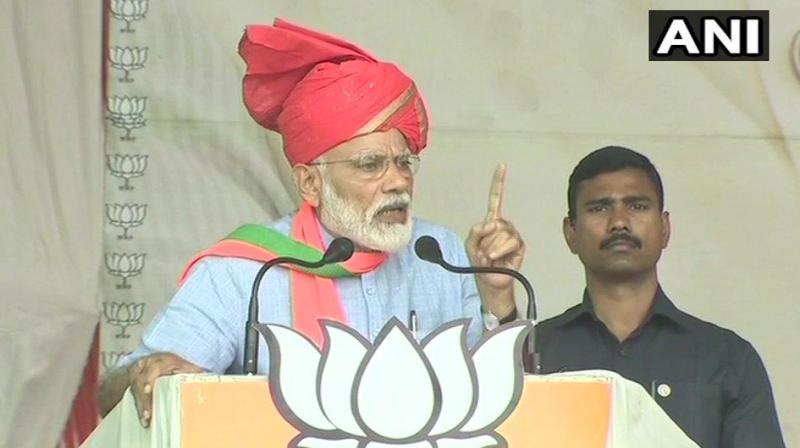 Kathua: Thanking voters for coming out in large numbers for polling in Baramulla and Jammu, Prime Minister Narendra Modi said, ''you have given a befitting reply to terrorist leaders, opportunists.''

While addressing a rally in Jammu and Kashmir's Kathua on Sunday, Modi blamed Congress for migration of Kashmiri Pandits from Valley.

Modi escalated its attack on Congress by accusing the party of politicising Jallianwala Bagh centenary event.

"Vice President was in Jallianwala Bagh for event but Cong CM was not there," Modi said.

Following the first phase of polls that were conducted on 11 April, Modi sensed that 'BJP-wave' is strong this time.

"I have seen a powerful wave in favour of BJP... according to opinion polls and surveys, BJP will get thrice the seats that Congress will win"