Anand Kumar was appointed as BSP vice president on condition that he will never become MP, MLA or CM. 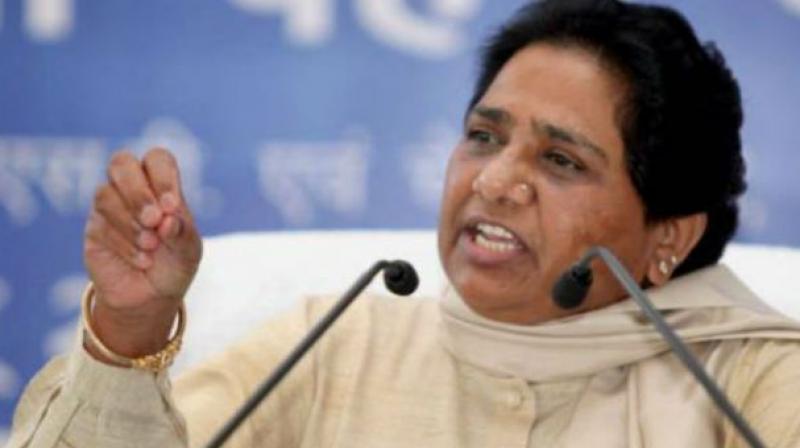 Lucknow: In a major announcement, BSP supremo Mayawati on Friday appointed her younger brother Anand Kumar as the party's vice president but with a condition.

"I have decided to give important responsibility to my brother Anand Kumar, that of party's national vice president, with the condition that he will work selflessly and never become an MP, MLA, minister or chief minister," she said.

Elaborating on the reasons for giving her brother this responsibility, Mayawati said as she has to spend maximum time in Lucknow she needed someone in Delhi for sharing her burden. "I had to rush to Delhi every four to five days for signing papers but since our party constitution provides for same signing rights to the vice president, it will save party's money," she said.

Stressing that her brother will continue to do his business as before so that he is not dependent on anyone financially, she also allowed him to bring any other member of the family, having a missionary zeal, in the party fold.

Addressing the first programme of her party after a dismal show in the recent Assembly elections, Mayawati accused the BJP of targeting her for raising a voice against alleged EVM tampering and said she was not averse to shaking hands with other parties in her fight against the saffron party on the issue.

"I'm being targeted under a conspiracy so that I stop speaking on EVM tampering by the BJP...but I'm not going to withdraw from this fight to save democracy," she said at an Ambedkar anniversary function of her party here.

"Our party will continue to fight against the tampering of EVMs by the BJP. For this BSP now has no reservations in taking the help of anti-BJP parties in its fight against EVM tampering and the BJP as it is the democracy which comes first...we have to keep democracy alive," she said.

"It is in the interest of the party that EVM tampering is checked at the earliest for which we are ready to use venom against venom," she said.

"The BJP gained power in the 2014 Lok Sabha elections by tampering EVMs...but we realised this only in the recent elections," she said, adding that EVMs were tampered with in some 250 seats of 403 in the state.

"On other seats they thought they will win anyway," she said.

The BSP chief who had announced that her party will hold protests on every 11th of the month on the issue said this programme has been put on hold as the matter is now in the apex court.

Speaking for the first time before party workers on her medical condition which she said has forced her not to speak loudly. She said she has instead been advised to read written texts by doctors.

"One of the two glands on the throat was removed by doctors in an operation and so I cannot stress my throat too much," Mayawati said she has to work very hard in first writing and then reading it whereas it is easy to speak extempore.

The BSP chief has been under fire following a recent decision of the Yogi Adityanath government to order a probe into sale of sugar mills and construction of memorials under her government.

"It is being projected as if I'm responsible whereas I have never held either of the departments...the sugar department was headed by Naseemuddin but he did not take the decision to sell it, it was taken by the Cabinet," she said.

Yogi Adityanath has ordered an inquiry into the Mayawati-led BSP government's decision to sell 21 state sugar mills for a song in 2010-2011.

"A thorough inquiry should be conducted into the Rs 1,100 crore scam. If necessary, the state government would also recommend a CBI inquiry into the issue," the chief minister had said when presentations about sugarcane development department were made before him last week.

Mayawati also charged the BJP with harassing and maligning her close relatives and herself. "Since the past several years, me and my close relatives have had to bear a lot...The BJP and company have been misusing official machinery since 2014 in harassing my brother through income tax, the CBI and the enforcement directorate and trying to tarnish his image," she alleged.

She claimed that the BJP leaders are projecting themselves as if they are the only honest people and that leaders of all the other parties are dishonest and corrupt.

"In this context I have often told the BJP leaders that if they are really honest they should make public their accounts and of the party of period ten months prior to demonetisation and a recent one but they have not been able to do so," she said.