KCR pursuing his ambitions like other regional parties: BJP

NDA headed by BJP, Rao asserted was as strong as in 2014 and would return to power despite 'rival ambitions of multitude of rival friends'. 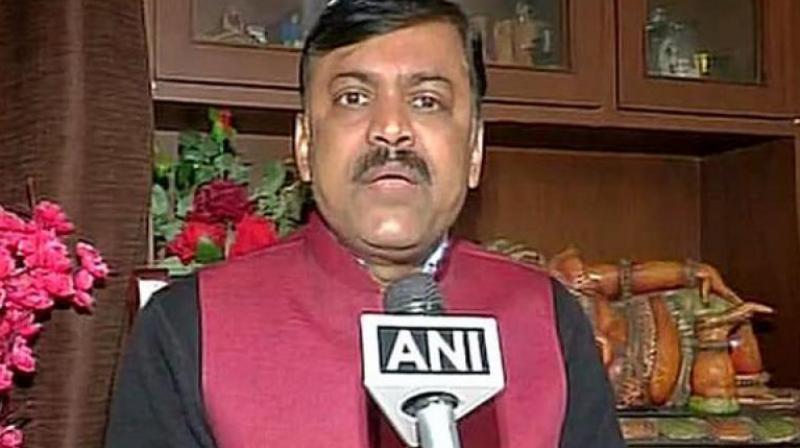 'The same parties (like the Trinamool Congress, Samajwadi Party and Bahujan Samaj Party) are being moved by rival political formations in the hope of playing a decisive role in national politics', he said. (Photo: File)

Hyderabad: The BJP Thursday sought to downplay the TRS chief K Chandrasekhar Rao’s pitch for a non-Congress, non-BJP front, saying he was pursuing his ambitions like other regional parties.

Every regional party wants to float a front of its own and KCR (as Rao is popularly known) having won Telangana is pursuing similar ambitions, BJP national spokesperson G V L Narasimha Rao said.

“The same parties (like the Trinamool Congress, Samajwadi Party and Bahujan Samaj Party) are being moved by rival political formations in the hope of playing a decisive role in national politics”, he said.

“But people of this country have seen how ragtag coalitions have seriously damaged national growth and stability and will not support any party or parties that want instability to satisfy their political ambitions”, Rao, a Rajya Sabha member, said.

The NDA headed by the BJP, he asserted was as strong as in 2014 and would return to power despite “rival ambitions of a multitude of rival friends”.

KCR’s efforts also show that the Congress and its President Rahul Gandhi were not acceptable to many regional parties as an alternative to the BJP, he claimed.

The TRS was swept back to power Tuesday winning 88 seats in the 119-member Assembly.

The Congress, which led an opposition alliance with the Telugu Desam Party (TDP), the Telangana Jana Samiti (TJS) and the Communist Party, failed to cut much ice with the voters and finished a distant second with 19 seats.

The TDP which won 15 seats in the previous elections in 2014, got only two seats, while the BJP had to be satisfied with only one compared to five in the dissolved Assembly.

The TJS and CPI drew a blank as the TRS juggernaut rolled on Telangana, bringing the KCR-led party back to power for a second straight term.

Soon after the results of the December 7 elections were declared, KCR said the TRS would play a crucial role in national politics.

He had said a national party will emerge that will form a coalition with a consortium of regional parties to take on the BJP and Congress. “...Congress-mukt Bharat..BJP-mukt Bharat...that is needed”.

“The (proposed) federal front is for the people of this country, not for any individual. This is not aligning mere political parties. It is aligning the masses of India”, KCR had said.

“There is a need for non-Congress and non-BJP leaders to come together to give a new vision, new economic policy...KCR has the capacity,” Owaisi said.