On Saturday Modi was seen picking up plastic litter, water bottles and other waste from a beach during his morning walk. 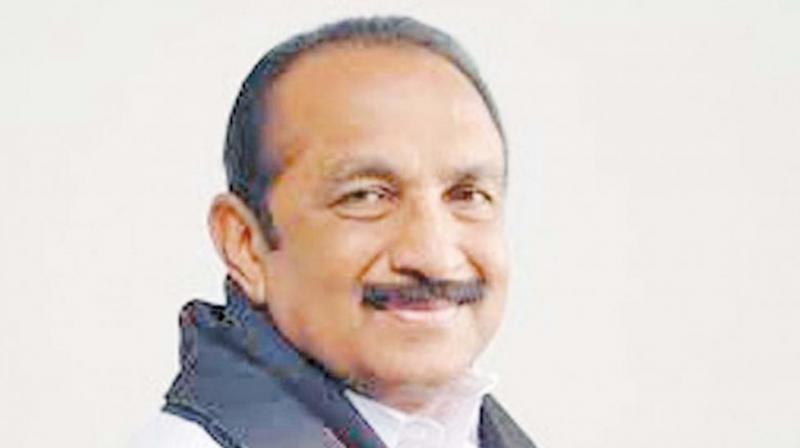 Chennai: The Congress' Tamil Nadu unit on Sunday took a swipe at Prime Minister Narendra Modi plogging on the beach at Mamallapuram on Saturday, wondering if it was a 'drama' since the entire area had been cleaned up earlier ahead of his visit here.

Referring to the three-minute video by Modi, Alagiri said the Prime Minister showed his keenness in the Swachch Bharat initiative by doing so.

However, he pointed out that since Modi's visit was planned in advance, all sanitation work had been diligently carried out at the hotel zone where he stayed, even as the beach had been cleaned by conservancy staff using machines.

"After (all) this, there is no chance of the area getting littered. Then how did suddenly waste emerge during his (morning) walk? If there indeed had been litter, doesn't it show the state government's apathy," Alagiri said in a statement.

"Was litter thrown there to stage a drama by Prime Minister Modi of picking the waste?" he asked.

During his speech on Independence Day this year, Modi had announced a campaign to make the country free of single-use plastic.

Modi had visited the coastal town of Mamallapuram, located about 50 km from here, to attend his second informal meet with Chinese President Xi Jinping on Friday and Saturday.

Plogging means picking up trash such as used plastic bottles while jogging or running.

On Saturday Modi was seen picking up plastic litter, water bottles and other waste from a beach during his morning walk.

He had released a three-minute video on Twitter, where he was seen plogging on and urged the people to ensure that public places were clean and tidy.

The Swachh Bharat Abhiyan for a clean India, launched in 2014, has been his pet programme.