A day after truce, Ashok Gehlot says Rajasthan MLAs could bear resentment to save democracy

After Pilot met Rahul Gandhi Monday, the month-long Rajasthan crisis was resolved ahead of the Assembly session 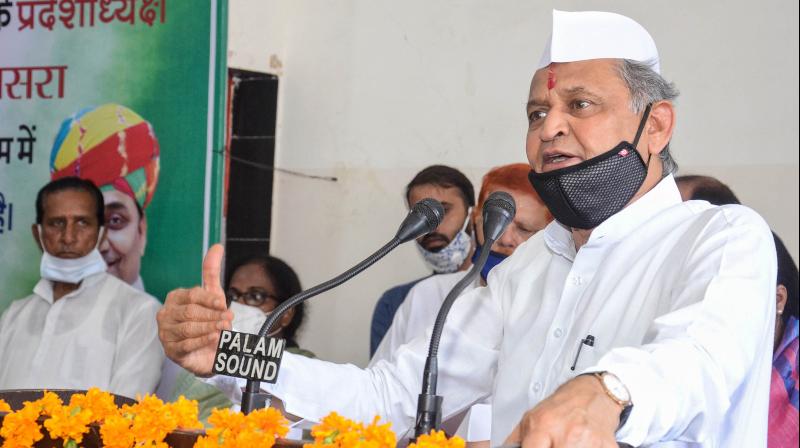 Jaipur: A day after Congress leader Sachin Pilot returned to Rajasthan ending his month-long rebellion, chief minister Ashok Gehlot said Wednesday that resentment among MLAs lodged in hotels for a month was natural, but the legislators should “bear it” to save democracy.

After Pilot met Rahul Gandhi Monday, the month-long Rajasthan crisis was resolved ahead of the Assembly session beginning August 14. The state government is yet to confirm if there will be a floor test Friday, but the CM is likely to establish his majority on the first day. Sources said Mr Gehlot and Mr Pilot are unlikely to meet before Friday.

“It is natural for them (MLAs) to be upset. The way this happened, they had to stay in hotels… so it was natural to be upset. I exhorted them that in the interest of the country and the state and to save democracy, sometimes we have to bear (it),” Gehlot said.

“We will work together and our colleagues who have gone have also returned and I hope that all, after settling the complaints and grievances, will work and fulfil our commitment to serve the state,” he said, adding that the BJP’s efforts to topple the state government was fully exposed.

The MLAs loyal to Gehlot, meanwhile, returned to Jaipur from Jaisalmer on Wednesday and were taken to Hotel Fairmont. “We are going to Hotel Fairmont, and the next strategy will be decided by the chief minister,” transport minister Pratap Singh said.