'Will be appointed minister when they need me,' says BSP MLA Ramabai

She claimed to have been offered ministerial berth and crores of rupees by BJP in exchange for withdrawing support from Cong-led state govt. 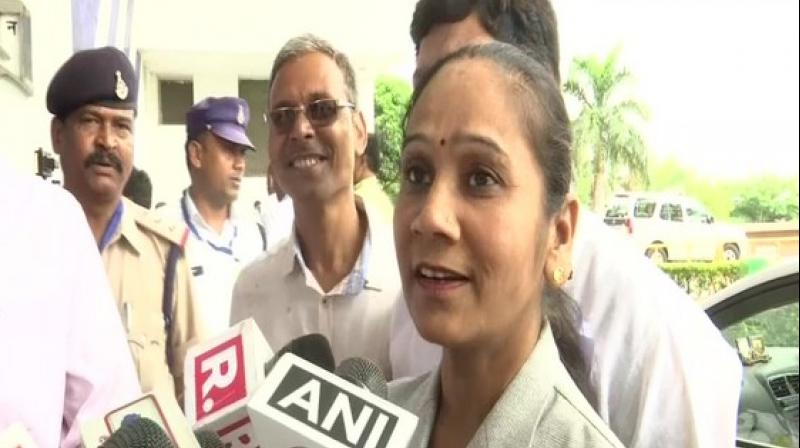 Her recent statement comes at a time when Congress is facing tough times in Goa and Karnataka with many MLAs in both states switching sides to join rival BJP. (Photo: ANI)

Bhopal: Bahujan Samajwadi Party legislator Ramabai has once again expressed hope of being inducted in the Madhya Pradesh cabinet by stating that she will be made a minister when 'they need her'.

Replying to a question on whether she is still unhappy for not being made a minister in Madhya Pradesh government, Ramabai said, "Banayenge, zaroorat padegi jab unhe. (They will do it, when they will need me.)"

Earlier in May this year, Ramabai had claimed to have been offered a ministerial berth and crores of rupees by the Bharatiya Janata Party (BJP) in exchange for withdrawing support from the Congress-led state government.

Her recent statement comes at a time when Congress is facing tough times in Goa and Karnataka with many MLAs in both states switching sides to join rival BJP.

In Karnataka, the 13-month-old Congress-JD(S) government slumped into crisis following the resignation of 10 MLAs from the membership of the state Assembly last week. In Goa 10 Congress MLAs changed sides bringing the strength of the party on the floor of the House to a mere five.

In Madhya Pradesh, BSP is in alliance with Congress, with two lawmakers including Ramabai extending their support to the Kamal Nath-led government.