Sena had also slammed Mamata against her anger for saying ‘Jai Shree Ram’ slogan in Bengal. 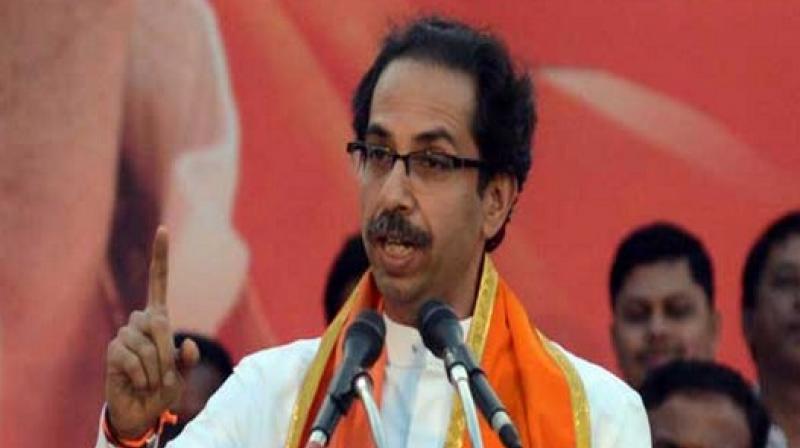 Banerjee on Tuesday said that the BJP was 'planning to turn Bengal into Gujarat'. (Photo: ANI)

New Delhi: After the political row erupted of transforming West Bengal into Gujarat, the Shiv Sena, an ally of the Bharatiya Janata Party in Maharashtra said Bengal would not only turn into Gujarat but could even become ‘Ayodhya or Varanasi'  if “Lord Ram was angry.”

The Uddhav Thackeray-led saffron party alleged that TMC chief and West Bengal Chief Minister Mamata Banerjee was responsible for the downfall of TMC. Shiv Sena mouthpiece ‘Samana’ claimed in its editorial that, “The sleeping Hindus of Bengal had awakened by her action.”

Sena had also slammed Mamata against her anger for saying ‘Jai Shree Ram’ slogan in Bengal.

Earlier on Wednesday, BJP Bengal president Dilip Ghosh said: "It is our challenge that if voted to power, we will work towards creating a prosperous state like Gujarat. It is better to convert Bengal into Gujarat rather than a safe haven for Jihadis or Bangladesh. We will never allow Bengal to get transformed into Bangladesh," Ghosh said.

Banerjee on Tuesday said that the BJP was "planning to turn Bengal into Gujarat".

However, BJP denied all the charges and blamed TMC government for the "deteriorating" law and order situation in West Bengal.