Siddaramaiah alleged that the BJP won elections raising emotive issues, rather than delivering on development. 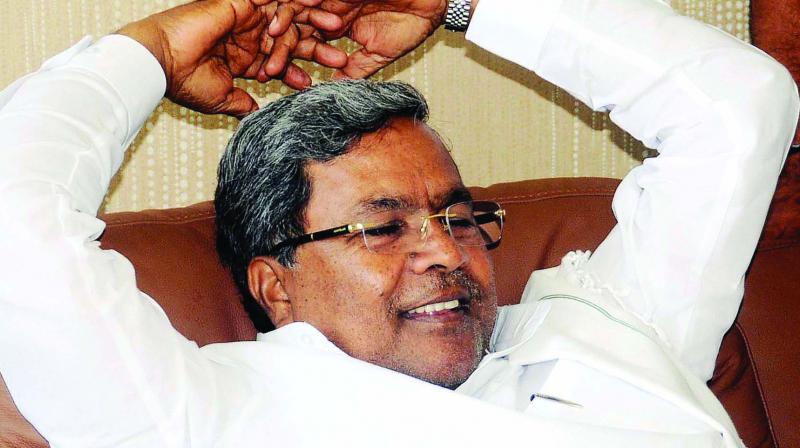 Bengaluru: Senior Congress leader Siddaramaiah Thursday said he was unable to understand the Modi mania, despite the "bad state" of the economy under the previous BJP regime led by him.

The former Chief Minister alleged that the BJP won the Lok Sabha election raising emotive issues, rather than delivering on development.

People of the country, including the media, have favoured Narendra Modi's five year government, despite low GDP growth, increase in unemployment and dwindling value of the Rupee, Siddaramaiah said.

"...they have destroyed the country's economy...despite all this Modi, Modi, Modi- I don't know why?", Siddaramaiah said.

Speaking to reporters in Mysuru, he said, "As the Prime Minister for five years, what did he do for economic development? Demonetization- what was its result? You (media) should ask BJP people."

Stating that the economy can be brought back on track, the CLP leader said the BJP would not be able to do it.

The Congress, which is is part of the ruling coalition in Karnataka, was routed in the recent Lok Sabha polls, winning only one out of the 21 seats it had contested.

It was the party's worst ever performance in the state, once its bastion.

Congress' alliance partner JD(S) too won one out of the seven seats it contested.

The BJP, in its best ever performance, had won 25 out of the 27 seats it contested.

An independent candidate supported by the BJP had won in Mandya.

Siddaramaiah also raised questions on the Indian Air Force air strikes at Balakot in response to the Pulwama terror attack.

"How many terrorists were killed we still don't know. Neither the Defence Department nor the Prime Minister's Office or External Affairs Ministry has come out on this. They have misled the people with emotional issues."

He also hit out at Union Home Minister Amit Shah and said everyone was aware what had happened when he was the Home Minister of Gujarat, but did not elaborate.

Siddaramaiah also asserted that Rahul Gandhi would and should continue as the Congress president.

"In today's situation there is no one else who can take up the job, there is no alternate leadership," he said.

The Congress Legislature party in Karnataka had recently passed a resolution, urging Gandhi to continue in the post.

Gandhi had offered to quit as party chief at the May 25 Congress Working Committee (CWC) meeting, convened to analyse the party's poor performance in the Lok Sabha polls, in which it won just 52 seats.

The CWC had unanimously rejected his offer to quit, but Gandhi was apparently firm on his stand.

Following Gandhi's insistence on quitting, there is speculation on the need to put in place an interim arrangement in the Congress for decision making, especially in the run-up to the Assembly elections.