India   Politics  13 May 2019  Wouldn't have allowed Sunny to contest had I known his opponent: Dharmendra
India, Politics

Wouldn't have allowed Sunny to contest had I known his opponent: Dharmendra

Sunil Jakhar is the incumbent parliamentarian from Gurdaspur. 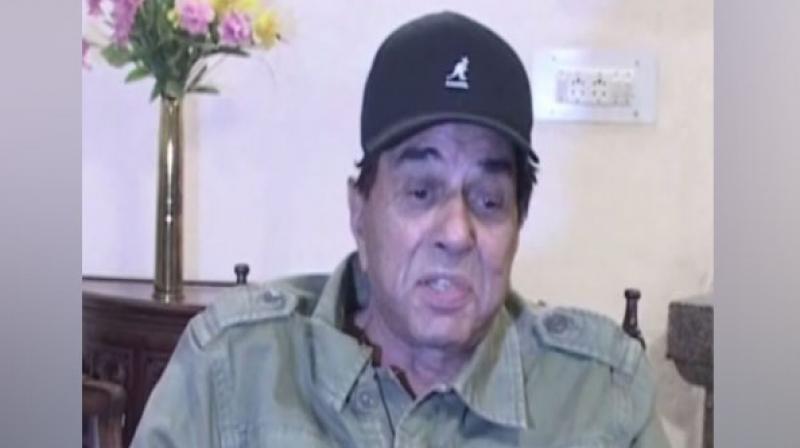 BJP leader Dharmendra said he would not have allowed his son Sunny Deol to contest the Lok Sabha elections from Gurudaspur. (Photo: ANI)

Gurdaspur: Seasoned actor and former BJP leader Dharmendra said he would not have allowed his son Sunny Deol to contest the Lok Sabha elections from Gurudaspur, had he known that he is contesting against Congress MP Sunil Jakhar.

"Balram Jakhar was like my brother, had I known his son Sunil Jakhar was contesting from Gurdaspur, I would have not allowed Sunny (to contest against him)," Dharmendra told media here.

He went on to explain that since Sunny comes from the film industry, he cannot debate with an experienced politician like Jakhar.

"He (Sunil) is also like my son I had a very strong and good relationship with his father Balram Jhakhar. Sunny cannot debate with him as he (Sunil) is an experienced politician and even his father was a very experienced politician, but we come from the film industry. Moreover, we are not here to debate but to listen to the plight of people as we love this land," said Dharmendra.

The 83-year-old revealed that he got emotional when he saw people supporting his son during his first roadshow held after filing nomination papers for the Gurdaspur seat.

"I was watching the roadshow from Mumbai and there was a big crowd. I got emotional. I know people love us but I was surprised by seeing so much love," he said.

Sunil Jakhar is the incumbent parliamentarian from Gurdaspur. He won the seat in the 2017 bye-elections after the death of actor-turned-politician Vinod Khanna. The constituency is a BJP stronghold and was first won by Khanna in 1998.

Polling will be held in Gurdaspur on May 19 in the seventh and last phase of the elections. Results for all seven phases will be declared on May 23.