Will leave no stone unturned to build a 'new India': Akhilesh Yadav

Accusing BJP of coming to power by spreading lies and hatred, Yadav said there is a need to remove 'chowkidar' and 'thokidar'. 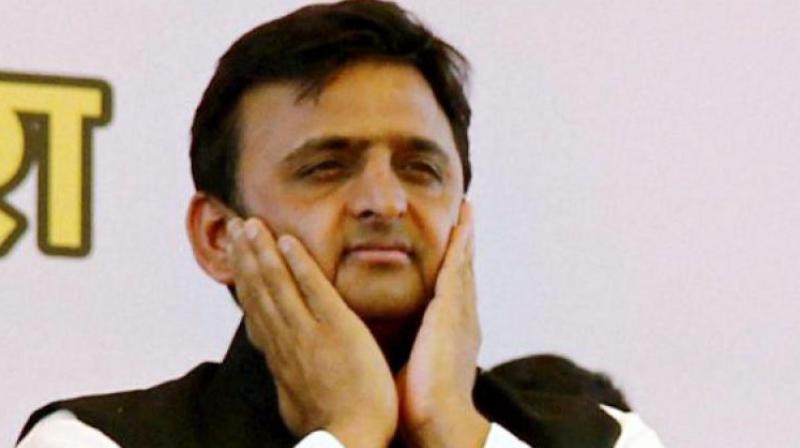 'These people betrayed you and came to power. He came to power by becoming a 'chaiwala' (tea seller). Now you know what is the taste of the tea?' Yadav said while addressing a rally. (Photo: File)

"They (BJP) said they will build a new India. In the last five years, development has come to a halt. They are not debating on the damages caused due to GST and demonetisation. They are not talking about what work they have done in five years. They are hatching a conspiracy to come to power," Yadav said at a joint rally, which was also attended by BSP chief Mayawati and RLD chief Ajit Singh.

"They snatched your jobs and education of children. They are working to take this nation backwards. But, 'gathbandhan' will ensure that our country moves forward. Gathbandhan will give a new prime minister, who will make a new India," he added.

Launching a fresh attack on BJP for not doing enough to address farmers' plight, Yadav said, "BJP promised to give Rs 1.5 lakh loan waiver to farmers. How many of them have got? Have the income of farmers doubled?"

Taking a dig at BJP's fight against terror, Yadav said if the ruling party was "scared" of a Jawan (former BSF soldier Tej Bahadur Yadav), then "how come they say that they have eliminated terrorism."

"These people showed dreams to the youth that jobs will be provided. But no employment opportunity was given to them and today youth are sitting at home. Inflation has also increased. Prices of petrol, diesel and gas connections have skyrocketed," he added.

Accusing BJP of coming to power by spreading "lies" and "hatred", Yadav said there is a need to remove 'chowkidar' (Prime Minister Narendra Modi) and 'thokidar' (Adityanath).

"These people betrayed you and came to power. He came to power by becoming a 'chaiwala' (tea seller). Now you know what is the taste of the tea? We need to remove both 'chowkidar' from Delhi and 'thokidar' from Lucknow," he said.

Yadav also accused Adityanath of adopting a 'thoko niti' (shoot at sight approach). "Police has forgotten whom to shoot. People are also shooting at the police. Such a culture was not there before. We need to remove this 'thokidar' soon," he said.

He claimed 'gathbandhan' was ahead after six phases of polling and no one fight against the alliance.

Gorakhpur is one of the 13 Lok Sabha seats which will go to polls on May 19. The counting of votes will take place on May 23.