Lands in trouble after widespread outrage over hate trolls by officials. 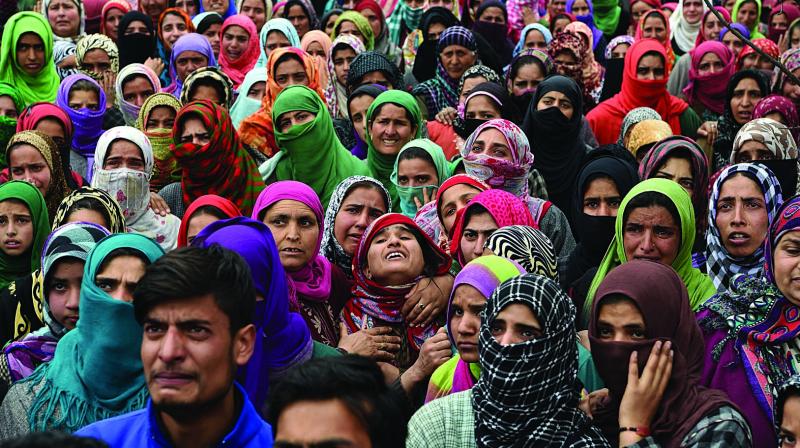 It further said, “Investigation in the instant matter has been started to ascertain the facts pertaining to the case”. (Photo: AFP)

Srinagar: Jammu and Kashmir police on Saturday registered a case under various provisions of law against an official of a US-based consultancy after his “abusive” and “offensive” tweets evoked widespread outrage in the state and beyond.

The official Ashish Kaul, in a series of tweets, not only condoned violence in Kashmir but he also suggested that the people of the Valley should be “killed” economically as well and “let them sell their daughters, wives in Delhi, Mumbai and Chennai to feed themselves”. He also said that he “loves” it when Kashmiri Muslim women cry on roads and that “we are killing, maiming and raping you at will” for last 28 years.

Following outrage against his tweets and Development Dimensions International (DDI World), the international human resources and leadership development consultancy where he works as a senior consultant, receiving thousands of complaints from across India and various other countries, Kaul deleted them. Subsequ-ently his Twitter handle was deleted either by himself or the Twitter.com.

A statement issued by the police without naming Kaul said, “Kashmir police today booked a Twitter user after he rolled out few abusive tweets from his twitter handle. The police took cognisance of the matter after it found tweet posts were abusive and attract offences covered under law”.

It further said, “Investigation in the instant matter has been started to ascertain the facts pertaining to the case”.

After the screenshot of Kaul’s tweets went viral on social media platforms, DDI World was flooded with complaints and calls for taking stern action against him. Responding to these, it tweeted, “We are investigating the full scope of the situation right now. We recognise the seriousness of these posts and do not condone violence under any circumstances.”