Rahul mocks ‘Make in India’, says ‘Made in China’ rules

Claims Congress has pro-entrepreneur ideas in its manifesto. 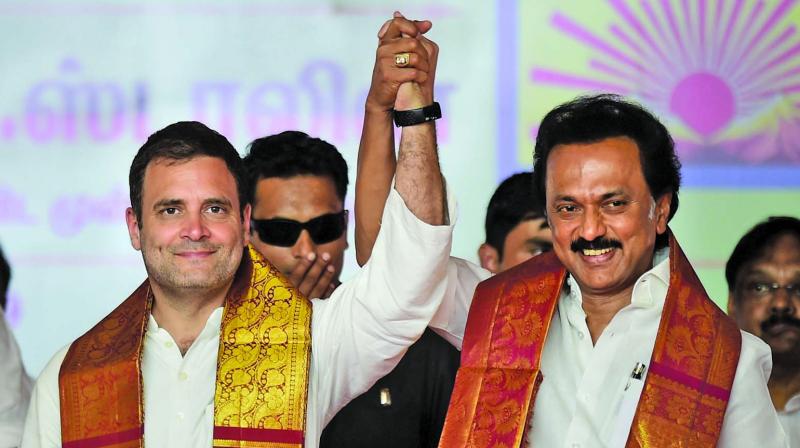 Addressing a poll rally here, he referred to unemployed youth of Tamil Nadu, saying Modi had hurt them in the last five years, giving “huge amounts of money from the banks to the richest people but not to them.”

“He gave you an empty slogan called Make in India but wherever we look we see Made in China products,” he said.

Be it phone, shoes or shirt “you see made in China,” he added.

Under Mr Modi’s “Make in India”, if a young Tamil entrepreneur wanted to start a business he had to knock on the doors of different government offices where “he had to pay bribes,” the Congress chief alleged.

“By the time he got his permissions the business is already failed,” he said.

Hence, the Congress came up with a new idea in its manifesto for entrepreneurs, he said adding “when you want to start a new business you will not have to take permission from any government department for three years.”

They could take the permission once the business was established and till such time the focus could be on making the business work and consolidating it, Mr Gandhi said.

“Once your business is established take permission,” the Congress president said.

Terming the Goods and Services Tax (GST) the Gabbar Singh Tax again, he said it comprised five different taxes and a tax rate of 28 per cent wherein “even weavers had to pay tax if they had to buy thread or material.”