Soon after Phase 1 of the Lok Sabha polls, the chief minister was vociferous about ‘malfunctioning EVMs.’ 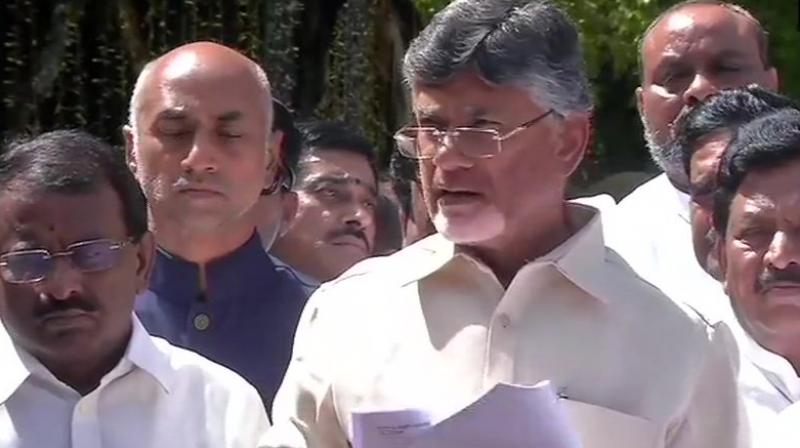 'EC is an autonomous body but they are working at the instructions of Modi,' Naidu said. (Photo: ANI)

New Delhi: Andhra Pradesh Chief Minister Chandrababu Naidu on Saturday accused the Election Commission of working “under the instructions of the Prime Minister” as he continued to air his grievance against faulty EVMs.

Soon after Phase 1 of the Lok Sabha elections ended on Aprill 11, the chief minister was vociferous about ‘malfunctioning EVMs’ which he believes may interfere with a fair polling process.

Naidu took his angst to Delhi on Saturday and met officials of the EC. After the meeting he said: “The government of India is interfering through EC. We have complained against EVMs earlier. EC is an autonomous body but is working at the instructions of Modi. Transfers of officers in Andhra Pradesh is also unjustified."

During polling on April 11 that saw Andhra Pradesh vote for both central and state elections, voting in a few districts of Andhra Pradesh was disrupted briefly due to faulty EVMs.

Naidu had requested the EC for an extension of polling time in the state to compensate for the time lost due to technical glitches.