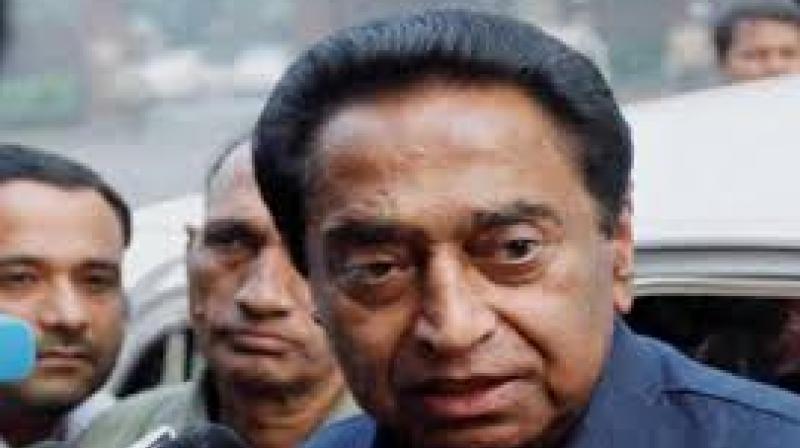 Bhopal:  Expressing the readiness of his government for a floor test in the Assembly, Madhya Pradesh Chief Minister Kamal Nath on Friday accused the BJP of holding 22 Congress MLAs in captivity.

Nath met Tandon and submitted a letter to him accusing the BJP of being involved in horse-trading and holding the Congress MLAs in captivity.

Nath met Tandon in the midst of political crisis in the state triggered by the resignation of the 22 Congress MLAs three days ago. He met the governor at around 11 am and submitted the three-page letter to him.

In the letter, released by a Congress spokesman to the media, Nath expressed his readiness to hold the floor test during the budget session beginning from March 16.

Nath also mentioned the sequence of events from the intervening night of March 3 and March 4 to March 10, and claimed there were incidents of horse-trading during this period.

In these circumstances, the very edifice of democracy is in danger, Nath wrote in the letter.

Nath also told the governor to use his office to ensure the release of Congress MLAs held in captivity in Bengaluru.

Nath, whose government is teetering on the brink of a collapse following the rebellion, reached Raj Bhavan to meet Tandon, who arrived here on Thursday night from Lucknow.

The chief minister briefed the governor about the current political situation in the state, Congress sources said.

The ruling Congress has alleged that 19 of the rebel Congress MLAs, including ministers, have been held “captive” by the BJP in a resort in Bengaluru, a charge denied by the opposition party.

Nath's meeting with the governor comes amid unconfirmed reports that six ministers, said to be close to former Congress leader Jyotiraditya Scindia, will be coming to Bhopal from Bengaluru to hand over their resignation letters in person to the Assembly speaker.

Scindia joined the BJP on Wednesday, a day after quitting the Congress.