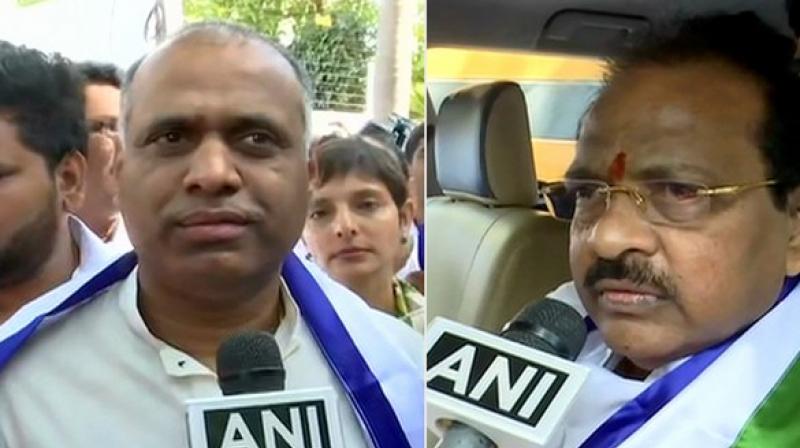 “We are not getting any response from Chandrababu Naidu as we approached him for tickets.  So I resigned from MP seat and from TDP party on Tuesday,” he said.

“I was elected as MP from TDP in 2014 elections. I was also elected as the Lok Sabha floor leader for TDP.  We have struggled a lot with the central government for Special category to Andhra Pradesh, but there is no response from the BJP government,” Narasimham told ANI.

Speaking with ANI, Prasad said, “I am stepping into public service for the first time. We can make a material and phenomenal change in Vijayawada and committed to the development of Andhra Pradesh under the dynamic leadership of party president Jagan Mohan Reddy.

“People of Andhra are looking for solutions. Lot has been promised but a very little bit has delivered. Youth in Vijayawada needs a career road map,” he added.