Subhash Velingkar-led GSM to contest both LS seats in Goa

The names of the candidates will be announced soon. If we win, our MPs will support Modi as prime minister," Velingkar told PTI. 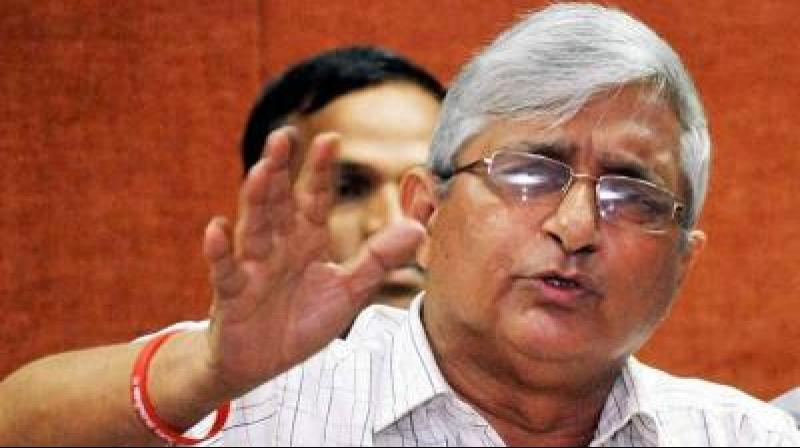 Panaji: Former Goa RSS chief Subhash Velingkar on Wednesday said his political outfit will contest both the Lok Sabha seats in the state and will not support the BJP. The Goa Suraksha Manch (GSM) head also said that if elected, his party MPs would support Narendra Modi as prime minister at the Centre. "We will be fielding our candidates in both the Lok Sabha seats in Goa. The names of the candidates will be announced soon. If we win, our MPs will support Modi as prime minister," Velingkar told PTI. He, however, said his outfit will not support BJP Lok Sabha candidates in Goa as the saffron party's local leadership has "miserably failed" to take up the state's issues with the Centre. BJP leaders Shripad Naik and Narendra Sawaikar currently represent the North Goa and South Goa Lok Sabha seats, respectively. Besides, BJP state chief Vinay Tendulkar is a Rajya Sabha member. The GSM fought the 2017 Goa Assembly poll in alliance with the Shiv Sena and Maharashtrawadi Gomantak Party.