In 2014, the Trinamool Congress (TMC) won 34 seats, the Congress four, while the BJP and CPI(M) bagged two seats each from the state. 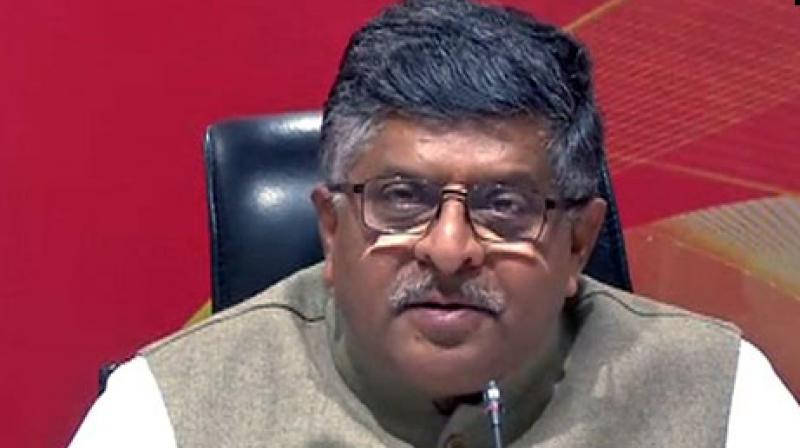 The BJP is trying to make inroads into TMC's bastion state (West Bengal) which has 42 Lok Sabha seats. (Photo: ANI)

New Delhi: The BJP Wednesday urged the Election Commission to declare West Bengal as a "super sensitive state" to enure fair Lok Sabha polls there and demanded that central forces be deployed at all polling stations in the state.

A BJP delegation including Union ministers Ravi Shankar Prasad, Nirmala Sitharaman, J P Nadda and party's general secretaries Bhupender Yadav and Kailash Vijayvargiya met top officials of the poll body and apprised them of their demands. Briefing the media after the meeting, Prasad said, "We have requested the Election Commission that the state of West Bengal should be declared as super-sensitive. And have also demanded that central forces should be deployed at all polling booths in the state." He said the party has also requested the poll panel to transfer those police officers whose electoral impartiality is questionable as well as the withdrawal of former Kolkata Police Commissioner Rajeev Kumar from election duty.

The BJP is trying to make inroads into TMC's bastion state (West Bengal) which has 42 Lok Sabha seats. In 2014, the Trinamool Congress (TMC) won 34 seats, the Congress four, while the BJP and CPI(M) bagged two seats each from the state. The state assumes importance for the saffron party as it aims to win a sizeable number of seats there. The BJP delegation also alleged that Congress chief Rahul Gandhi broke the Model Code of Conduct (MCC) and complained to the poll panel regarding the same. "The party has requested the Election Commission to take action against Rahul Gandhi for levelling unverified allegations against the prime minister yesterday in Ahmedabad, where the model code of conduct is already in effect," Prasad said.