he decision on inducting the TMC into the alliance was announced by AIADMK Coordinator and Deputy Chief Minister O Panneerselvam here. 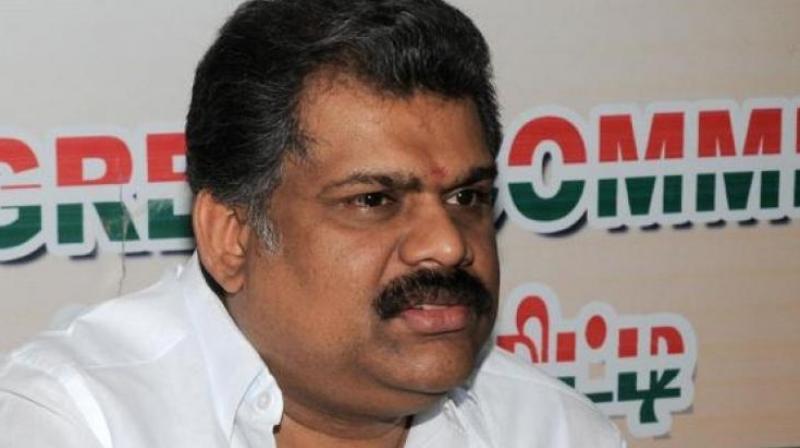 Chennai: The AIADMK Wednesday allotted one Lok Sabha seat to the Tamil Maanila Congress (TMC) led by former union minister G K Vasan as it almost concluded the alliance formation for the coming elections in Tamil Nadu. The seat-sharing agreement was signed by leadership of the two parties here. The decision on inducting the TMC into the alliance was announced by AIADMK Coordinator and Deputy Chief Minister O Panneerselvam here. According to the pact, the TMC which became the eighth partner in the alliance led by the AIADMK and also comprising the BJP and PMK among others, will support the ruling party in the bypolls to 18 assembly constituencies on April 18. Also, the Vasan-led party would back the AIADMK in three more vacant assembly segments as and when bypolls were held, he told reporters here. The DMK has approached the Election Commission and the Supreme Court seeking conduct of bypolls to the three seats alongwith polling for the 18 seats, which will be held together with the Lok Sabha elections. The ruling party, had days ago allotted seats to its allies including seven to PMK, five to BJP and four to the DMDK and one each to Puthiya Tamizhagam and Puthiya Neethi Katchi and the lone seat in Puducherry to AINRC.