Chidambaram said based on a single election, there is no need to conclude that only BJP or Modi will sustain and Congress will not. 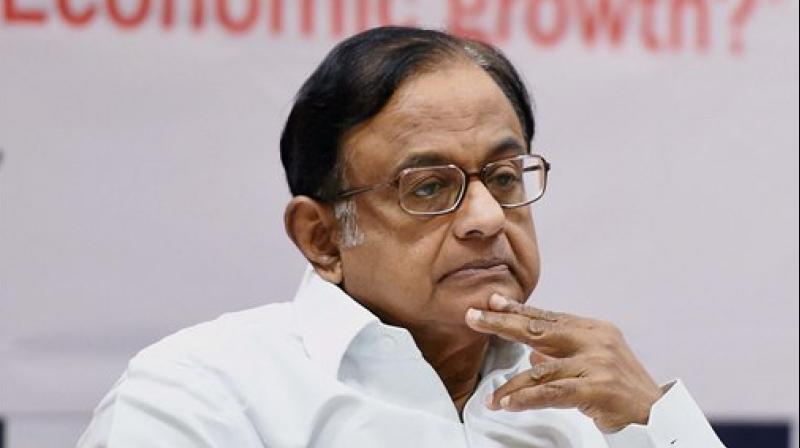 Chennai: Congress leader P Chidambaram on Sunday denounced the seven-phase election schedule in Uttar Pradesh and alleged that the BJP and Prime Minister Narendra Modi used it to "polarise" voters.

One of the reasons for the defeat of the Congress in Uttar Pradesh was the absence of a robust party organisational structure there, he said, a day after stating that Modi had emerged as the "most dominant political figure" after the Assembly polls, the results of which were declared on Saturday.

"The elections have clearly established that the most dominant political figure in India is Prime Minister Modi and he has a pan-India appeal," Chidambaram had told a gathering at the Indian Merchants Chamber in Mumbai on Saturday.

The Rajya Sabha MP on Sunday said Modi used the intervals between poll phases to alternate between communal "kabristan" (graveyard) talk and "downplaying" such comments in the minorities-dominated areas.

"What has happened in Uttar Pradesh? In the first two phases, the presence of minorities were huge and Modi downplayed...after that the tenor of his speeches changed," he said at a public meeting in Chennai.

Citing Modi's "kabristan, Diwali and Eid" comments, Chidambaram alleged that the Prime Minister made "false allegations" and polarised the people.

"If Prime Minister Modi's speeches kept changing on the basis of constituencies, day in and day out, it was because of the seven-phase election. If the election had been held in a single phase, could Modi have spoken like this?" he asked.

"What would have happened if he had talked about 'kabristan' on day one? I denounce the seven-phased election. Why can law-and-order not be maintained in a single phase... does Uttar Pradesh not have a police force?" Chidambaram asked.

He said the seven-phase election was itself a "complication".

Election in a state should be held on a single day and only then, the campaign speeches will be the same, Chidambaram said.

Referring to his party's organisation in Uttar Pradesh, he said, "There may be many reasons for the Congress' big failure in the state. Prime Minister Narendra Modi's mischievous campaign was also a big factor. Another reason is there is no party structure," he said.

"Although there are district units of the Congress, there are no units below them," Chidambaram claimed, underscoring the need for robust party units right from the booth-level.

"There are no local, circle and ward committees. Friends in Uttar Pradesh tell me this," he said.

He said to achieve their aspirations, Congress cadre should immediately start strengthening the party units.

Referring to the hung verdicts in Goa and Manipur Assembly polls, Chidambaram said, "I do not know if they (BJP) will give opportunity to Congress to form governments or deny them that by giving a price (to others to muster support)."

"Only the BJP has the shakti (power) to give a price, and deny opportunity to Congress. Our party does not have that power," he said.

Chidambaram said based on the outcome of a single election, there is no need to conclude that only the BJP or Prime Minister Modi will sustain and the Congress or its leaders will not.

Referring to the Punjab Assembly polls result, where his party has got a clear majority, he said, "You must understand that no one has decimated the Congress in this election... we have both failures and victories."

"I am not denying that the BJP has got a huge victory in Uttar Pradesh and Uttarakhand. However, the saffron party is not agreeing that they have faced a big defeat in Goa and Punjab... and in Manipur their electoral efforts have not succeeded," Chidambaram said.

He said the BJP has set a wrong precedent by not giving poll tickets to Muslims in Uttar Pradesh, where approximately 20 per cent of the population belong to minority communities.

"You should realise how they are dividing Indians on the basis of religion," he said.

"I am not denying that the BJP has won by its divide-and-rule line in Uttar Pradesh. But the party should not believe that it will help them win in all elections," Chidambaram said.

"I would tell the people of Uttar Pradesh to be vigilant to avoid bad consequences," Chidambaram said.