Earlier, Ibobi Singh had claimed that he had garnered majority support and refused to resign. 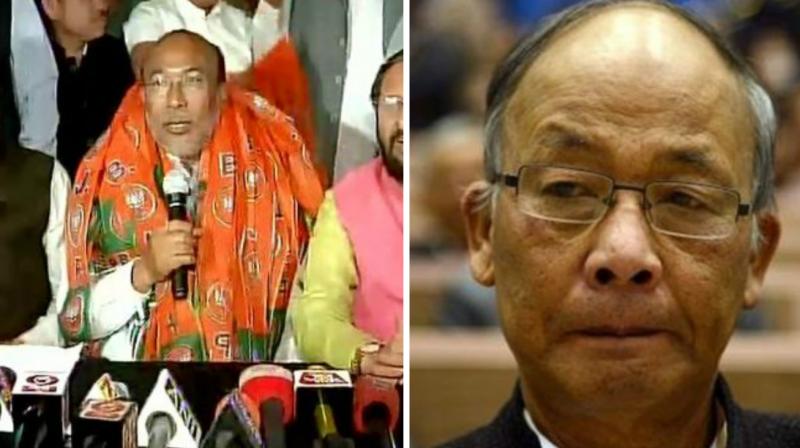 Imphal: N Biren Singh has been elected as the leader of BJP legislature party in Manipur and will be party's chief ministerial candidate, Union Minister Piyush Goyal said on Monday.

Goyal also said that they will meet Governor soon to stake claim for forming government.

The decision was taken Congress veteran Okram Ibobi Singh on Monday said that he would resign as the Chief Minister of Manipur on Tuesday.

Thanking senior leaders including Narendra Modi and Amit Shah, Biren Singh said that he had “left Congress due to misgovernance”. He further said he was sure the party would deliver governance to the state.

On the other hand, Manipur Chief Minister O Ibobi Singh on Monday said he would resign by Tuesday to facilitate the process of government formation in the state which has got a hung assembly following the just-concluded elections.

"I will resign by tomorrow to facilitate the process of government formation," he told reporters here.

Manipur Governor Najma Heptullah had earlier said that she could start the process of government formation once the incumbent chief minister resigned.

Ibobi Singh, however, has been arguing that with the Congress emerging as the single largest party, he should be given the first opportunity to form the government.

"I am ready for a floor test and I have the numbers with me," Singh had said.