The BJP was the second largest party in Manipur with 21 seats, after the Congress (28 seats), in the 60-member assembly. 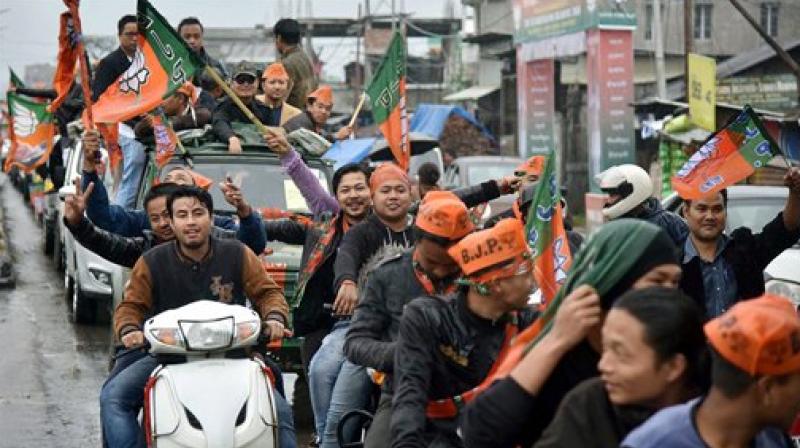 New Delhi: The Congress on Sunday cried foul as the BJP was set to form the government in Manipur with the support from three small NDA constituents, a Congress MLA and the lone Trinamool Congress legislator, taking its tally to 32.

"As per the Constitution and norms, the single largest party is always invited to form the government. The Modi government through the Governors, who are acting as its stooges, is subverting the law and democracy," Congress' chief spokesperson Randeep Surjewala said in New Delhi.

"Federalism and the rule of law being murdered in broad daylight by the Modi Government," he alleged.

He also alleged the BJP was misusing the CISF and airport authorities to detain and abduct an Independent MLA travelling with an outgoing Congress minister from Imphal to Kolkata.

"The BJP is now misusing CISF and airport authorities to detain and abduct Independent MLA (Jiribam seat) Ashab Uddin at Imphal airport," he said, adding that the legislator was travelling with outgoing minister Abdul Nasir.

Congress general secretary CP Joshi, who is in charge of party affairs in Manipur, has been camping in the state.

Besides, one Congress MLA and the lone Trinamool Congress legislator extended support to the BJP in evening.

The BJP was the second largest party in Manipur with 21 seats, after the Congress (28 seats), in the 60-member assembly.

The NPP and the NPF has won four seats each, while the LJP has bagged one seat.